The Chief Minister and his fellow ministers are participating in the `Leadership Development Program`. 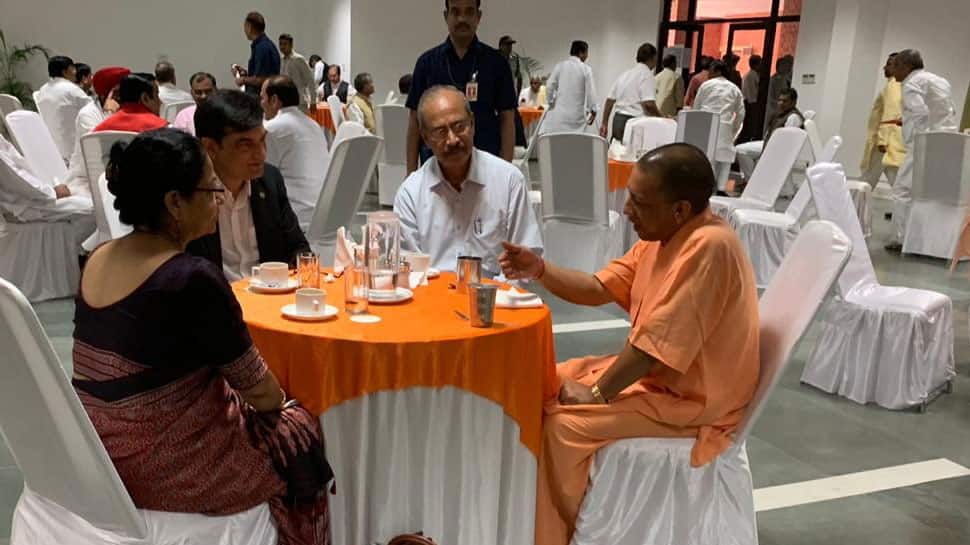 LUCKNOW: Uttar Pradesh Chief Minister Yogi Adityanath and his cabinet ministers are attending a special training program at the prestigious Indian Institute of Management (IIM) in Lucknow on Sunday. The Chief Minister and his fellow ministers are participating in the 'Leadership Development Program'.

Chief Minister Yogi Adityanath and other ministers of the state cabinet at Indian Institute of Management (IIM) Lucknow. The institute is conducting three sessions, starting today, on ‘Leadership Development Programme’ for all the ministers in Uttar Pradesh government. pic.twitter.com/TNKWDRXytn

The première management institute is conducting three sessions, starting Sunday, on ‘Leadership Development Programme’ for all the ministers in Uttar Pradesh government.

All the ministers earlier reached CM Yogi Adityanath's residence at Kalidas Marg on Sunday morning from where they all left for IIM-Lucknow in a bus.

The other two training sessions will be held on September 15 and 22.

The first training module will focus on good governance. Discussions will revolve around financial management, quick implementation and disposal of files and budgeting.

Other two modules will revolve around time management, administration, etc.

Ministers will be divided into groups and asked to attempt tasks, based on which IIM Lucknow will design the other training modules.

Following a cabinet expansion, several new faces have been inducted in the government.

It is believed that this capsule course for ministers at IIMs was proposed by the Chief Minister's Economic Adviser.

The training is aimed at bringing the ministers at par with the challenges and tasks faced by the government.