Nand Gopal Gupta is a minister in the Yogi Adityanath government for Civil Aviation and Stamp Duty. 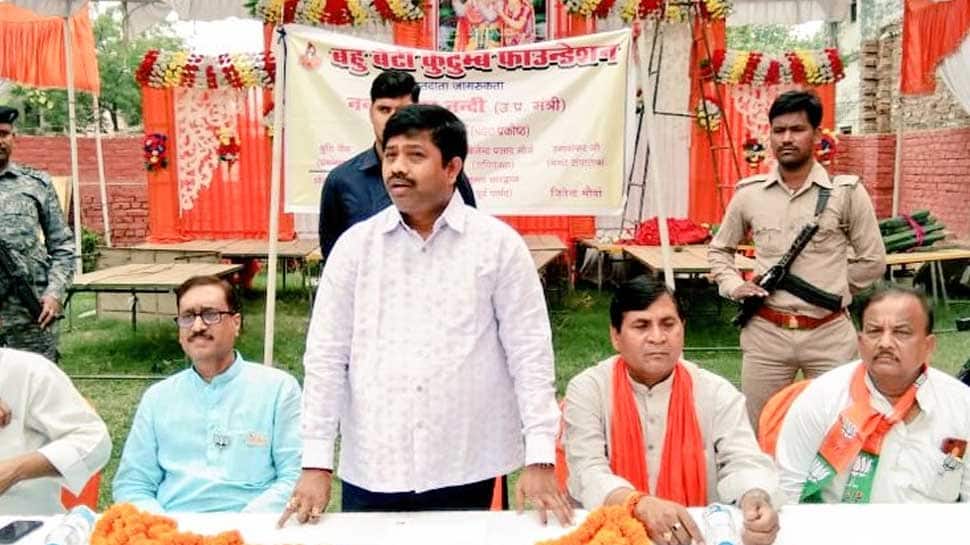 LUCKNOW: Nand Gopal Gupta, a cabinet-rank minister in the Yogi Adityanath-led BJP government in Uttar Pradesh, has filed an FIR after receiving an extortion call from an unknown caller demanding Rs 5 crore from him.

Nand Lal Gupta alias 'Nandi' is a minister in the Yogi Adityanath government for Civil Aviation and Stamp Duty.

According to reports, Gupta had received a call from some anonymous caller who demanded Rs 5 crore from him.

The minister had received the threat call on May 12 during which the caller threatened him of dire consequences.

The caller, who refused to disclose his identity, abused the minister and also threatened to eliminate his entire family and demanded Rs 5 crore from Gupta during the call.

Taking the matter seriously, the minister and his lawyer filed an FIR with the state police against the anonymous caller.

The FIR has been filed at the Kotwali Police Station in Allahabad.

The UP Police has put the number from which the extortion call was made on surveillance and begun its investigation into the matter.

The police are trying to trace the mobile and identify its owner which was used to make the extortion call to the minister.

Woman in Uttar Pradesh dies after explosion in her mouth