Uttar Pradesh Chief Minister Yogi Adityanath on Saturday (July 25, 2020) said that the ancient holy town of Ayodhya will be developed as the pride of India and the world. 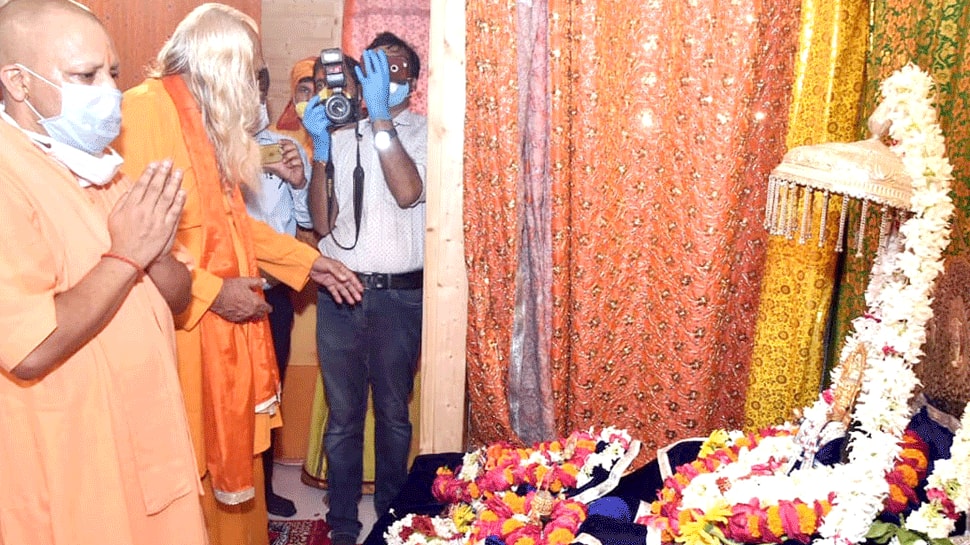 AYODHYA: Uttar Pradesh Chief Minister Yogi Adityanath on Saturday (July 25, 2020) said that the ancient holy town of Ayodhya will be developed as the ''pride of India and the world.''

"We'll make Ayodhya the pride of India and the world. Cleanliness should be the first condition. There is an opportunity for Ayodhya to prove through self-discipline its capability and be the way the world expects to see it," the Chief Minister said.

The monk-politician said this shortly after his arrival in Ayodhya to review the preparations for the Ram Temple ground-breaking ceremony scheduled to be held on August 5.

He also held a meeting with Ayodhya MP, MLAs and members of the Shri Ram Janmabhoomi Teertha Kshetra Trust, which is mandated by the Supreme Court to oversee the Ram Temple construction work, and the local administration.

During the meeting, M Yogi confirmed that Prime Minister Narendra Modi will be visiting Ayodhya next month.

Prime Minister Narendra Modi is likely to lay the foundation stone of the Ram Temple in Ayodhya on August 5, according to Mahant Nritya Gopal Das, the president of the temple trust.

The Chief Minister earlier offered prayers to Lord Ram at Ram Janmabhoomi site and placed Laxman, Bharat and Shatrughan on new 'asanas' at the Ram Janambhoomi.

The construction of Ram temple in Ayodhya will begin after the Bhoomi Pujan, which will be attended by several chief ministers, ministers from the Union Cabinet, and RSS chief Mohan Bhagwat.

In March this year, the 'Ram Lalla' idol was shifted to a temporary structure near Manas Bhawan in Ram Janmabhoomi premises till the completion of the construction of Ram temple.

The Supreme Court had on November 9 last year directed the Central Government to hand over the site at Ayodhya for the construction of a Ram temple.

The Prime Minister had on February 5 announced the formation of a trust for the construction of Ram Temple in Ayodhya.

The 15-member Ram Janmabhoomi Teerth Kshetra Trust has been mandated by the central government to oversee the construction of Ram temple in Ayodhya.

Priyanka Gandhi flays UP government, says its 'no test = no coronavirus' policy can lead to 'frightening situation'