Uttar Pradesh Chief Minister Yogi Adityanath will be on a day-long visit to Jhansi to review various developmental works of the state government including provision of drinking water and wheat purchase in backward Bundelkhand region. 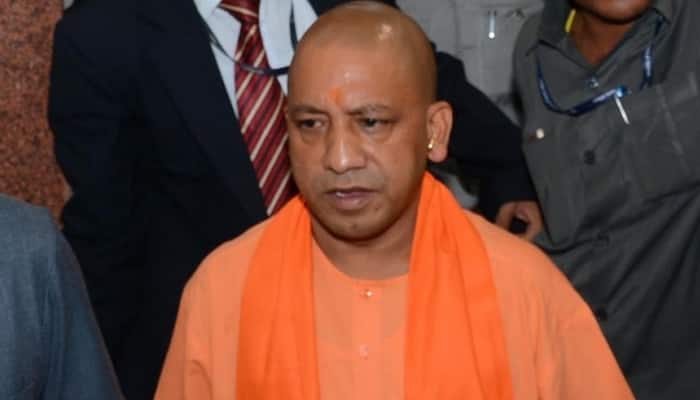 Lucknow: Uttar Pradesh Chief Minister Yogi Adityanath will be on a day-long visit to Jhansi to review various developmental works of the state government including provision of drinking water and wheat purchase in backward Bundelkhand region.

Official sources said Adityanath may also inspect the various ponds constructed for the purpose of water conservation in the perennially arid zone of the state bordering Madhya Pradesh.

Bundelkhand covers a geographical area of around 70,000 square kilometres and includes seven districts of UP and six districts of MP. It comprises 13 districts in all -- Jhansi, Lalitpur, Jalaun, Hamirpur, Mahoba, Banda and Chitrakoot (all in UP), and Datia, Tikamgarh, Chhatarpur, Panna, Sagar and Damoh (all in MP).

His visit to Jhansi tomorrow assumes significance as it will be his first visit to the parched region of the state after assuming office, almost a month ago.

The BJP in its Lok Kalyan Sankalp Patra (manifesto for 2017 UP Assembly elections) had said that it will constitute Bundelkhand Development Board to ensure all-round development of region.

The manifesto also mentioned that the party will form Pond Development Authority (Talab Vikas Pradhikaran) to ensure conservation and revamping of various ponds.

In a major decision announced on April 2, the Adityanath government approved Rs 47 crore-package to ensure immediate availability of drinking water to Bundelkhand region.

The Uttar Pradesh Chief Minister had said that if needed, the state government would make available additional funds under this head, but there should not be any problem of drinking water for the people and the cattle in Bundelkhand region.

The chief minister had said that Budelkhand was continuously ignored in the last 15 years and no step had been taken to ensure the development of the region when SP and BSP were in power.

Adityanath had said he was aware of the hardships faced by the people of the region.

The backwardness of Bundelkhand region was a key election issue, during the recently held assembly polls.