The third phase of Assembly polls in Uttar Pradesh will be held for 69 seats across 12 districts on Sunday. 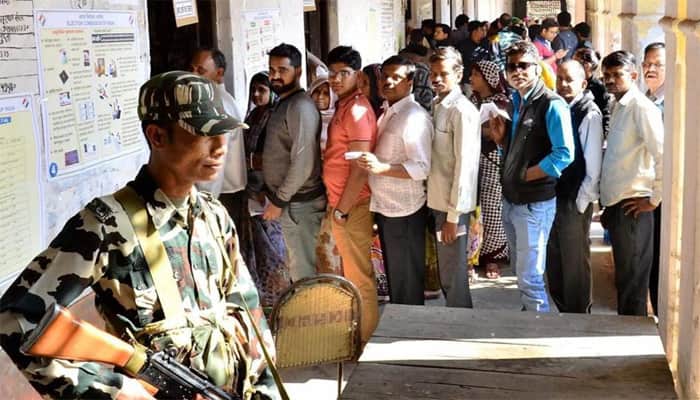 Lucknow: The third phase of Assembly polls in Uttar Pradesh will be held for 69 seats across 12 districts on Sunday.

A total of 2.41 crore voters will decide the fate of 826 candidates.

There are 1.31 crore men, 1.10 crore women and 1,026 voters from the third gender who will exercise their franchise on February 19, a poll official said.

The maximum number of candidates in fray are from Etawah (21) -- the home town of Chief Minister Akhilesh Yadav, while the least number is in Haidergarh (3) assembly constituency of Barabanki, neighbouring the state capital here.

Lucknow Central and Lucknow West have 17 candidates each, while Farrukhabad and Bhojpur have 20 each.

The third phase comes as the biggest litmus test for the ruling Samajwadi Party (SP) as it held 55 of these 69 seats in the 2012 assembly polls.

Of the remaining seats, the Bahujan Samaj Party (BSP) held six, Bharatiya Janata Party (BJP) five and Congress two in the last election. One seat was won by an independent.

Other than the stronghold of Etawah, which is the home turf of the Yadav clan, the popularity of Akhilesh Yadav is also up for test, especially after the ugly power struggle that was witnessed over the past few months in the state`s first family and the ruling party.

Party patriarch Mulayam Singh Yadav has not campaigned for the SP which he founded 25 years ago.

Sullen at his unceremonious ouster by son Akhilesh Yadav in January from the post of national president, Mulayam Singh has only sought votes for his younger brother Shivpal Yadav, who is contesting from the Jaswantnagar seat in Etawah and daughter-in-law Aparna Yadav, who is a candidate from Lucknow Cantt.