The shocking video shows the owner of a food stall washing a disposable plate which was earlier used by a customer and keeping it back at the stall to serve others. 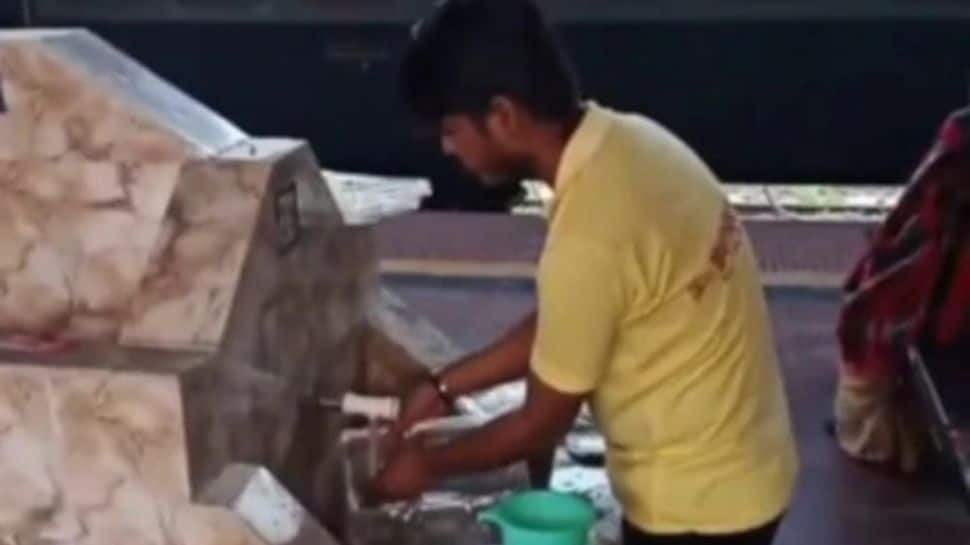 A video from a food stall at Pandit Deendayal Upadhyay railway junction went viral on social media and netizens have been worrying sick. The shocking video shows the owner of a food stall washing a disposable plate which was earlier used by a customer and keeping it back at the stall to serve others.

After the video caught the attention of the officials, the authorities sealed the food and drink stall for seven days and a complaint was filed with IRCTC. After the complaint, the officials of Deendayal Railway Division formed two teams of Mandal and IRCTC to investigate the case.

Every passenger or individual who travels via railways has been worried sick after watching this video. How many times have we eaten from a railway food and drink stall before catching our train? Well now every individual will give it another thought, or refrain from eating at such stalls altogether.

The most shocking fact is that the video has surfaced amid the country is greasing up for a fight against the second COVID-19 wave. When the authorities are implementing stricter guidelines and asking for individuals to maintain social distancing, the railways caterers have been fooling people with possible risk of infection.

This incident makes one think, if the passengers traveling in the railways with such expensive tickets will be served food in an used plate only, or will the railway authorities be able to assure its passengers of safety in the coming time.