Bizarre! Two goats 'arrested' in Telangana for grazing on saplings planted by NGO

The incident occurred in Huzurabad town of Karimnagar district after the activists caught the culprits "red-handed" and handed them to police. The goats were brought to the police station and tied to a pole in the premises. 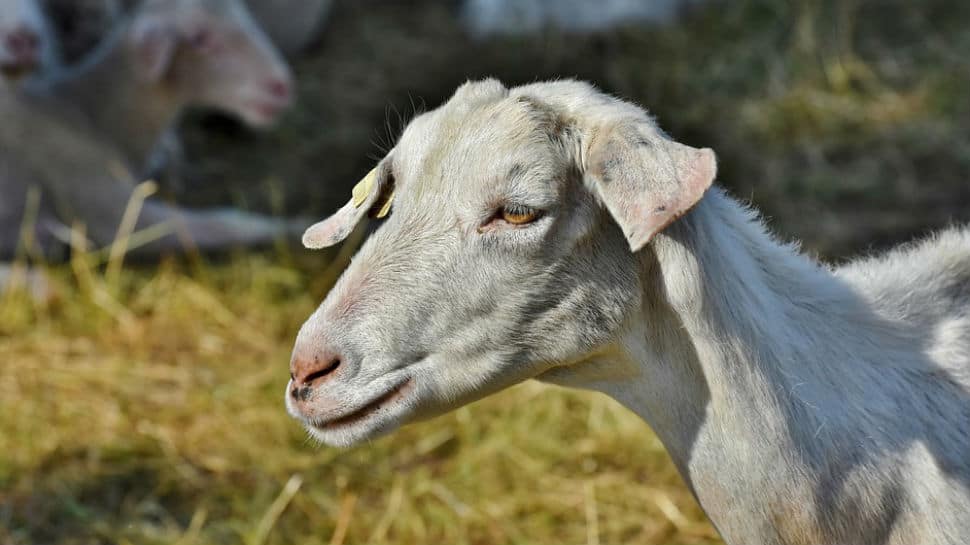 Hyderabad: Can animals also commit crimes? The answer of Telangana Police appears to be in the affirmative as they "arrested" two goats for grazing on saplings planted by an NGO.

The bizarre incident occurred in Huzurabad town of Karimnagar district after the activists on Tuesday caught the culprits "red-handed" and handed them to police. The goats were brought to the police station and tied to a pole in the premises.

Police Inspector Vasamshetty Madhavi told IANS that the goats were released after their owner paid a Rs 1,000 penalty to municipal authorities on Wednesday.

The police took the action on a complaint by activists of 'Save the Trees' that goats grazed about 150 saplings planted on the premises of a government-run hospital.

The police official, however, clarified that it was not an arrest as there is no section in the Indian Penal Code to arrest or punish animals.

"We handed over the goats to the owner after he paid the penalty and also warned him not to graze his goats on the saplings planted in public places," she said.

While this is the first incident of "arrest" of goats, the officials have been imposing fines on owners. A goat-rearer was fined Rs 10,000 after his goats were caught grazing on the saplings planted under 'Haritha Haram', the massive plantation programme taken up by the state government. The incident occurred on Wednesday in Narayanpet when District Collector Venkata Rao found the goats grazing on the saplings on the outskirts of Makthal town.

Last week in the same town, municipal authorities had caught a goat for eating away the saplings planted under 'Haritha Haram'. The goat was tied in Mandal Parishad Development Office premises. A board was also hung around its neck, displaying Rs 2,000 fine against its owner.

In another incident in Sangareddy district, officials imposed a fine of Rs 3,000 on the owner of the goats which grazed on the saplings in Muttangi village.

In Vikarabad district, a village head punished a goat owner by making her plant 20 saplings. Her goat had eaten one plant.

The officials said they were forced to impose fines to discipline goat owners as they were allowing their animals to graze on the saplings planted under the plantation drive.

The government has made the authorities at the town and village levels responsible for protecting the saplings.