Soon, Twitterati erupted with hilarious responses, some suggesting rainwater harvesting and a lot more. "I hope the builder puts a ticket to see this beautiful waterfall. Waterfall view flats should be priced higher," wrote a user. 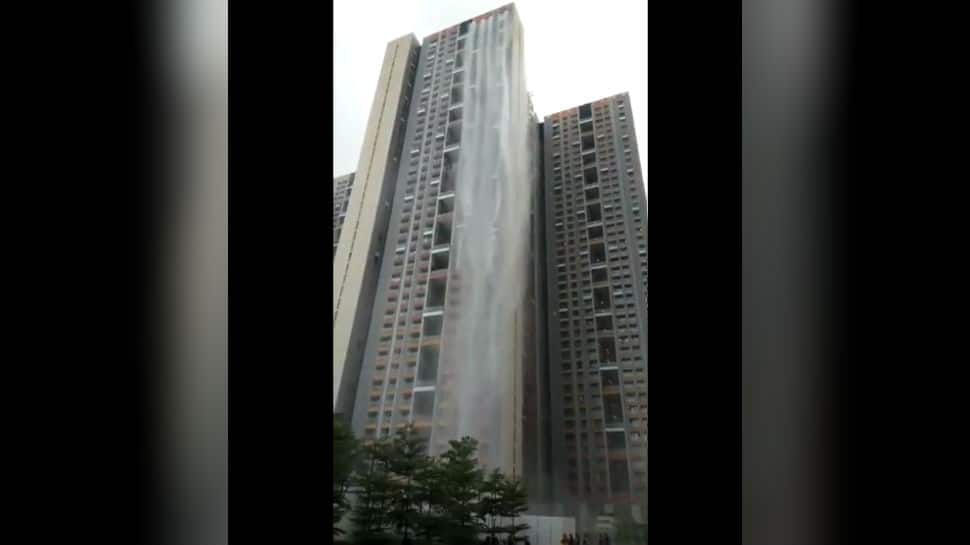 Mumbai: A video in which water from the top of a New Cuffe Parade skyscraper in Mumbai is gushing down from a height making it look like a tall waterfall has gone viral on the Internet.

The video has been shared on Twitter by K Sudarshan on Tuesday and he captioned it saying, "Waterfalls in New Cuffe Parade! #MumbaiRains".

"I hope the builder puts a ticket to see this beautiful waterfall. Waterfall view flats should be priced higher," wrote a user.

"This is a criminal waste of a precious resource. Why can't the society install a rainwater harvesting structure to utilize the water for groundwater recharge," wrote another user.

Heavy rain continued to lash Mumbai and the entire coastal Konkan region, with water-logging reported from many areas and authorities advising people to remain indoors.

Around 1,300 people were evacuated by the National Disaster Response Force (NDRF) teams from Bail Bazar in Kurla, where water levels reached four-five feet owing to the flooded Mithi river nearby.

As a precautionary measure, the BrihanMumbai Municipal Corporation (BMC) ordered all schools (government and private) in the city to remain shut for the day, said BMC Disaster Control.