The viral video has caught the attention of the netizens who are shocked to see the goat's reaction. 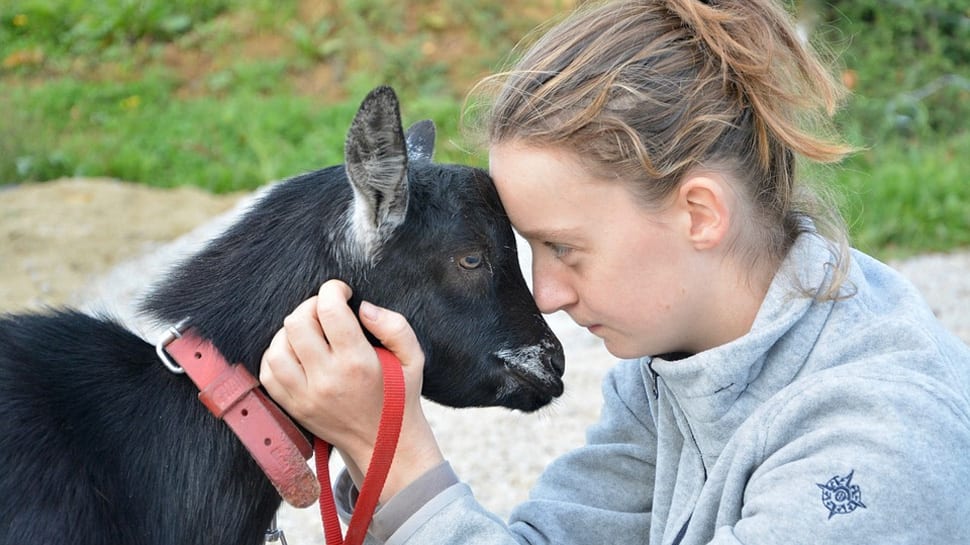 New Delhi: Internet is a funny place where you often tend to come across bizarre stuff. Social media has a pool of out-of-box and over-the-top videos which go viral in split seconds. One such viral video making waves online happens to be the one featuring an angry goat.

Well, you can call it angry, and after watching the video, you will understand why we say so.

In the video, widely circulated on social media, an elated girl, who is keen to take a selfie with the goat gets a solid headbutt from the goat standing behind her. The girl, who was hit by the angry goat was totally unaware of the animal's action.

The viral video has caught the attention of the netizens who are shocked to see the goat's reaction.

We hope that the girl is not seriously injured by the force of that goat's headbutt. But such bizarre videos often hog the limelight on social media making it go viral on the internet.

Well, you never really know what the web world will treat you with!

IIT Bombay has a cattle problem, guards may be stationed to keep animals away