'I have a trick up my sleeve': PewDiePie fights hard to stay ahead of T-Series in YouTube number game

There have been reports that T-Series had beaten PewDiePie last week but just for 10 minutes. 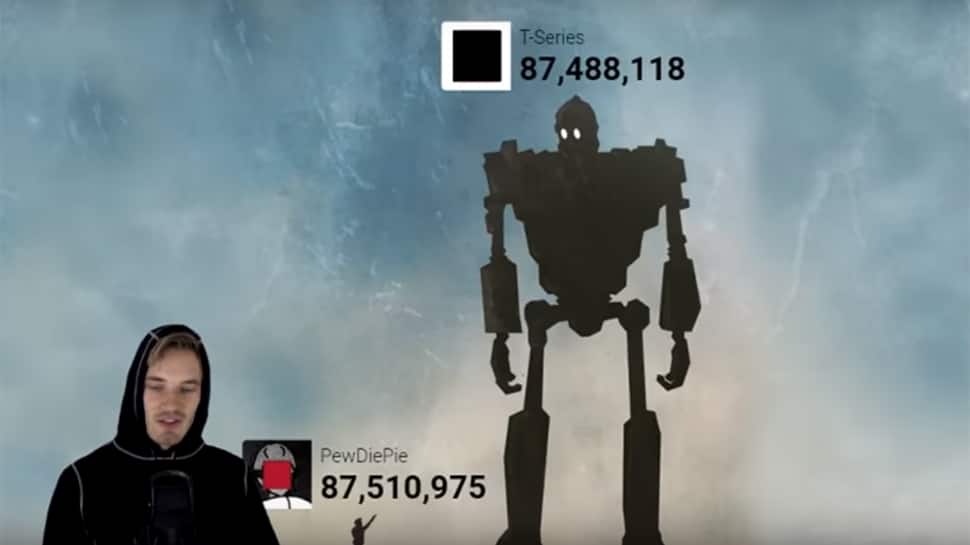 Hours after PewDiePie seemed to have given up in his fight against Indian brand T-series to hold the top spot for the most number of YouTube subscribers, Felix Kjellberg posted a video showing his desperate attempt to remain at the top.

"I have a trick up my sleeve. And it’s coming, okay? You best be scared, T-Series. If it’s not up already, keep an eye out," he said while referring to the battle of numbers between his channel and T-Series.

Earlier in the day, he had tweeted: 'Looks like this is it' quoting a tweet which said that the gap between the two channels is of just 6000 subscribers. Later in the day, the gap narrowed to less than 3700. At 8 am on Sunday, PewDiePie was 31573 subscribers ahead of T-Series.

There have been reports that T-Series had beaten PewDiePie last week but just for 10 minutes. According to social media analytics company SocialBlade, T-Series was ahead of PewDiePie for just 8 minutes. The report said that it happened due to the result of a YouTube audit, which is done routinely by the company to ensure that stats, like video views and channel subscribers, are accurate and they only reflect real, actual users.

One of these automated audits hit made PewDiePie lose around 20,000 subscribers at once on Friday, thus allowing T-Series to emerge as the new king of YouTube for a short period of time.

T-Series' stay at the top was so such a brief period that barely anyone seems to have noticed, aside from some hardcore fans of T-Series and PewDiePie. The real-time proof was also captured by a few recordings from YouTube channels that have been tracking the subscriber counts of two most popular channels on YouTube.

The battle for YouTube supremacy between T-Series and PewDiePie, which has been the most subscribed YouTube channel for the last six years, has been garnering a lot of attention on social media.

This is it: Subscriber gap between PewDiePie and T-Series down to 3700+