In the wake of the dastardly attack on innocent devotees at Mosques in New Zealand's Christchurch, PM Jacinda Ardern met the families of the terror attack victims while donning a black headscarf or hijab. 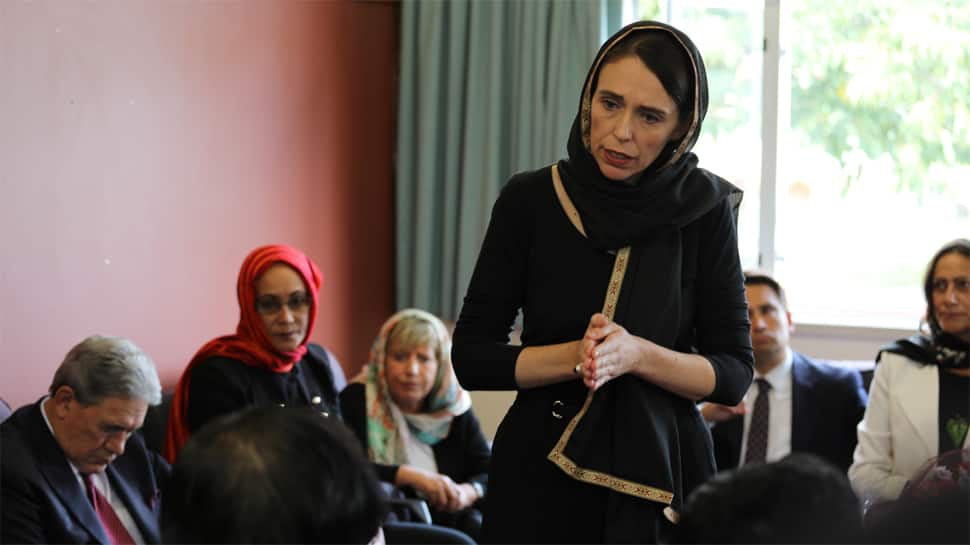 New Delhi: In the wake of the dastardly attack on innocent devotees at Mosques in New Zealand's Christchurch, PM Jacinda Ardern met the families of the terror attack victims while donning a black headscarf or hijab.

Ardern interacted with the families of 50 people who were killed by fitness trainer Brenton Tarrant at two mosques in Christchurch. While addressing the media post her meeting, Ardern had said, "We are a proud nation of more than 200 ethnicities, 160 languages. And amongst that diversity, we share common values. And the one that we place the currency on right now is our compassion and support for the community of those directly affected by this tragedy. And secondly, the strongest possible condemnation of the ideology of the people who did this. You may have chosen us – we utterly reject and condemn you."

During her meeting with the bereaved, Jacinda did not indulge in any photo-ops but one picture which was clicked Christchurch council photographer Kirk Hargreaves has gone viral on the internet. As per a report published in The Sydney Morning Herald, Kirk took the picture from outside the community hall where she was interacting with the family members.

Mayor @LianneDalziel and Prime Minister Jacinda Ardern have met with members of the Muslim community this afternoon to offer their support.

They have also met with families of those killed in Friday’s mosque shootings.

The photographer was quoted by the daily as saying,  "The moment I saw her face pop up, and what was happening with the flowers, I fully knew [it was important]. It's a religious photo in a way, a photo of a mix of religious symbolism. It looks like stain glass, there are the Muslim hijab, and colors of Hindu religion. It's a universal picture."

"The human empathy and all those amazing human traits she's showing in the picture, I'm glad people resonated with that," he added.