In the pictures, Nusrat Jahan can be seen cuddling the boy and smiling and kissing him. "Made my weekend special.. with the special one," she wrote. 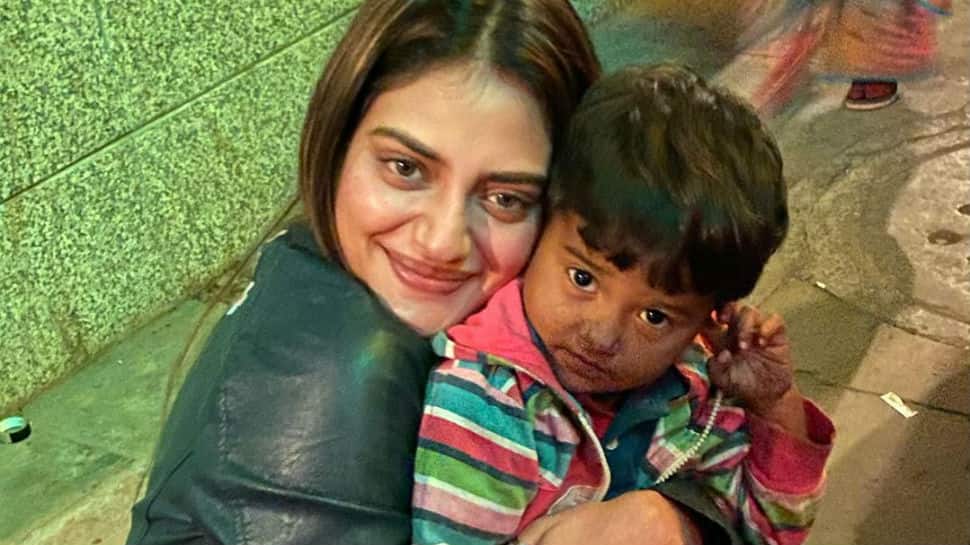 New Delhi: Actress-turned-politician Nusrat Jahan's weekend was made 'special' by a little boy whom she recently met. Nusrat spotted the boy, a little over one, on the streets selling balloons and said that he was "cuter and colourful than the balloons".

Sharing adorable pictures from their meeting, which are now breaking the internet, she wrote, "Made my weekend special.. with the special one. A one-and-a-half-year baby selling balloons was way more cuter and colourful than the balloons. #loveforall #loveistheonlylanguage."

The pictures feature Nusrat cuddling the boy and smiling and kissing him.

Take a look at the pictures here:

Made my weekend special.. with the special one.. a 1 year and a half baby selling balloons .... was way more cuter and colourful than the balloons.. #loveforall #loveistheonlylanguage

The post has got several likes and comments. Netizens just can't stop admiring the innocence of the duo in the pictures.

"She is so kind-hearted," read a comment while another read, "You always win our hearts, Nusrat."

Nusrat is a Trinamool Congress (TMC) MP for Basirhat, West Bengal. She is also a renowned Bengali actress. Apart from Nusrat, her actress friend Mimi Chakraborty also won the 2019 Lok Sabha election on a TMC ticket from Jadavpur.

Nusrat is quite active on social media and often keeps her fans posted with several pictures from her different outings.

She is married to Kolkata-based entrepreneur Nikhil Jain.