According to Mr Sahoo, the light sighting could be because of some satellite passing through the low earth orbit. 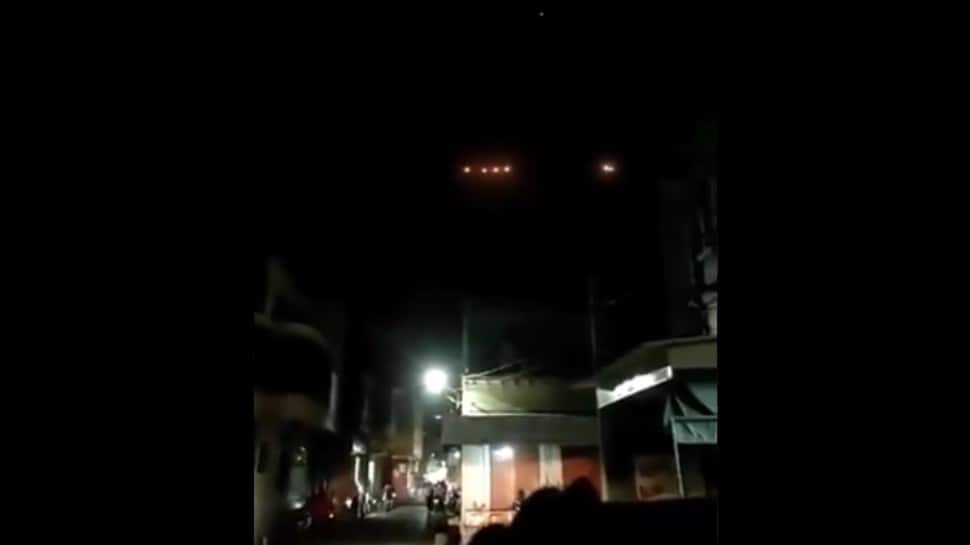 Gandhinagar: One night in Gujarat's Junagadh, rows of bright blinking lights gliding across the sky were sighted in the night, creating panic and triggering speculation of Unidentified Flying Objects (UFOs).

However, Narottam Sahoo, Advisor at Gujarat Council of Science and Technology (GUJCOST) dismissed the theory of the unnatural light sighting being UFOs.

According to Mr Sahoo, the light sighting could be because of some satellite passing through the low earth orbit.

In videos and pictures of the event, about four to seven bright shining lights could be seen gliding in the row in the sky, news agency ANI reported.

UFOs again in #Rajkot? Even few months back these types of lights were seen in many cities of #Gujarat pic.twitter.com/v5GokrUpVC

"In the Saurashtra region, people sighted 30-40 mysterious lights blinking in a straight line. This caused curiosity and fear in people of the region due to blind beliefs. However, according to space science, such light sightings could be for three reasons. It could be either because a small portion of a meteoroid had entered the surface of the earth. It could also be a shooting star," said the GUJCOST Advisor.

"But, this particular sighting looked like multiple lights in a row. This could be because of some satellite passing through the low earth orbit. There are more than 3000 satellites functional in the lower orbit of the earth," he added.

Mr Sahoo said that exactly same sightings were reported from multiple places in United States when Elon Musk's SpaceX had launched the Falcon rocket was launched.
"This is definitely sighting of some satellite. There is nothing to worry about," he added.