Viral picture of idli on a stick leaves netizens divided! This is what Shashi Tharoor, Anand Mahindra said

The internet is divided over idli popsicle, with many balking at the makeover of the famous south Indian dish. 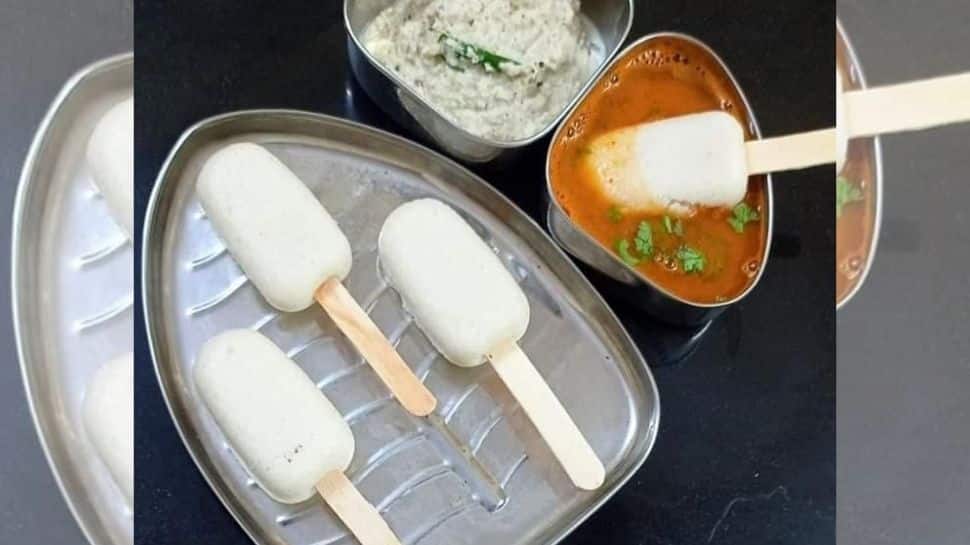 New Delhi: Food holds significance in all of our lives. With the internet available at the tips of our fingers, people are constantly sharing various trends, cute animal videos to bizarre food innovations.

While innovations are generally appreciated and promoted, when it comes to food, people develop doubts. From pizza in a kulhad to maggi in a mirchi, netizens have seen it all. What has now grabbed people's eyeballs is idli on an ice-cream stick.

The internet is divided over this new trend, with many balking at the makeover of the famous south Indian dish.

A Twitter user named Mahendrakumar posted an image of the idli on a stick which the person said was served in Bengaluru. Sharing the picture of idli along with sambar and chutney, the user wrote, “Innovative food technology of how the Idli got attached to the Ice cream stick. Bengaluru and it's food innovations are always synonymous!”

Innovative food technology of how the Idli got attached to the Ice cream stick.
Bengaluru and it's food innovations are always synonymous!@vishalk82 pic.twitter.com/IpWXXu84XV

The picture left the internet puzzled as many thought it looked more like a kulfi than idli. While some users commended the innovation, others were not so keen.

As a north indian I take offense to idli being eaten like an ice-cream rolled around a wooden stick.

Call me old school but I want my idli the way they are….round and fluffy! Something I can eat with my hands. The only thing I want on a stick is ice cream.

This is what businessman Anand Mahindra said:

Bengaluru, India’s innovation capital can’t stop its creativity from manifesting itself in the most unexpected areas… Idli on a stick—sambhar chutney as dips…Those in favour, those against?? pic.twitter.com/zted3dQRfL

So, what are your thoughts on this idli popsicle?