Watch: Chinese girl balances on grandfather's shoulders while on her way to school

The grandfather is a martial artist and he also teaches the form to his granddaughter, a year-one student. The video was shot in a busy market place in southwestern China on September 19. 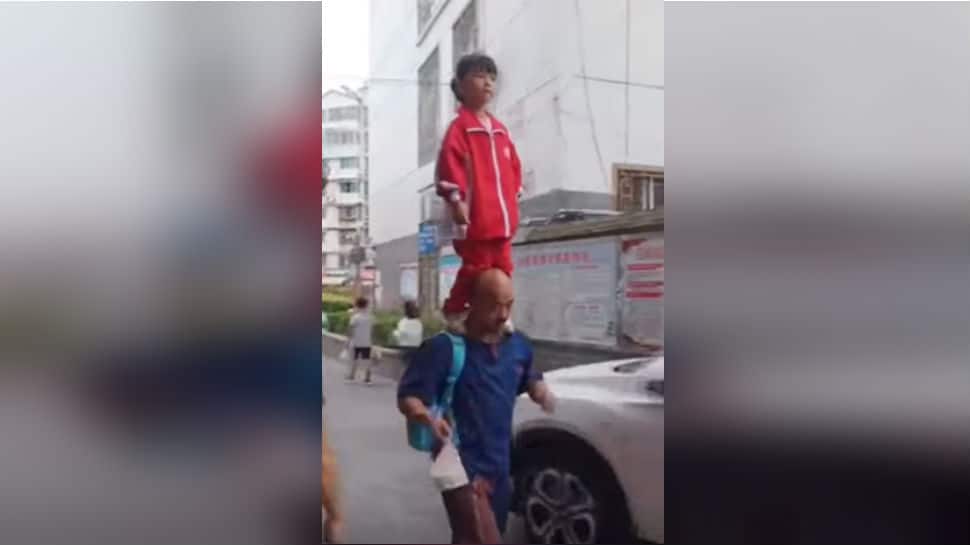 New Delhi: A video from China, featuring a little girl with her grandfather, is doing the rounds on the internet. For some, it will be a trip down the memory lane as you be able to reminisce the good old times spent with your grandparents.

Shared by Chinese news portal China Global Television Network (CGTN) on Twitter, the video shows the girl balancing on her grandfather's should while being taken to school.

As per CGTN, the grandfather, identified as Wu Zhonghai, is 53-years-old and is a martial artist. He started learning kung fu when he was all of eight. Zhonghai also teaches martial arts to his granddaughter, a year-one student.

The video was shot in a busy market place in southwestern China on September 19. The girl, dressed adorably in a red tracksuit, is balancing herself like a pro on her grandfather's shoulder as he also carries along her school bag with him.

The video is probably the best thing on the internet today. Take a look below:

Chinese girl stands on grandfather's shoulders on her way to school pic.twitter.com/Xwv2r7rZ1y

Within minutes of sharing it, the video had been viewed over 8,000 times.

What did you think about the video? Tell us in the comments section below.