NASA on Thursday (July 29, 2021) uploaded a video on its social media handle which within eight hours garnered more than 2 million views and likes. 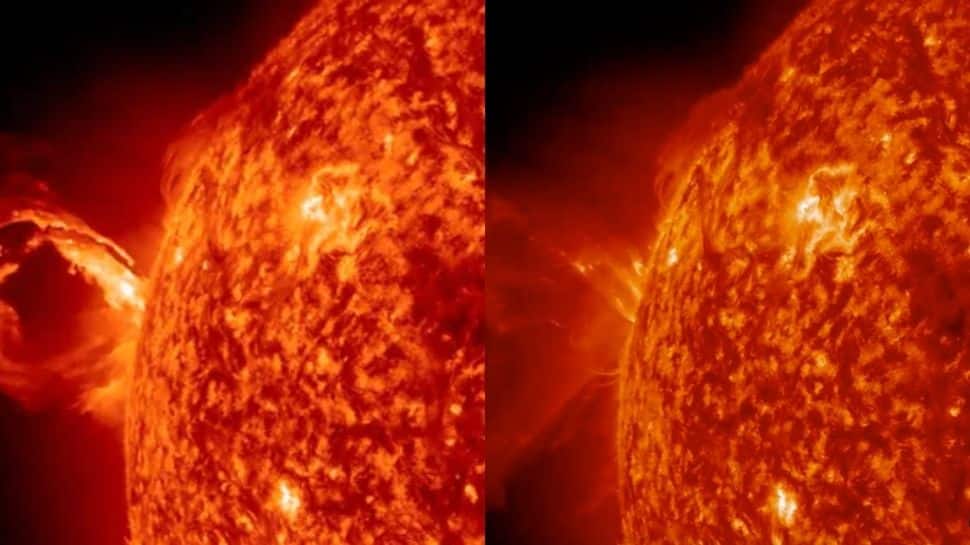 New Delhi: The internet is mesmerisied by the visuals of coronal mass ejection (CME) erupting from the Sun’s surface. NASA on Thursday (July 29, 2021) uploaded a video on its social media handle which within eight hours garnered more than 2 million views and likes. The Sun has been an object of mystery for ages now and with advancement in technology the scientist are unveiling enigmas.

The caption which followed the video read, “Our review of the solar system? One star,” NASA wrote. In the next few lines, the space agency wrote more information about the particular CME whose footage they psoted. They wrote that the “waves of solar plasma shoot billions of particles into space at about 1 million miles, or 1,600,000 kilometers, per hour.”

“This particular CME, seen in extreme ultraviolet light by our Solar Dynamics Observatory (SDO) in 2013, did not head toward Earth. Unlike solar flares, which are powerful bursts of radiation that can temporarily cause communications and navigation blackouts, CMEs like this one can temporarily overload electrical systems if power companies are not prepared. Thankfully, our fleet of solar observatories helps us track these fascinating components of space weather, so disruptions on Earth are minimal,” they added.