Amit Shah lashes out at Mamata Banerjee, says BJP will bring glory back to West Bengal

The saffron party has set a target to win 22 out of the total 42 Lok Sabha seats in the state for the upcoming general election. 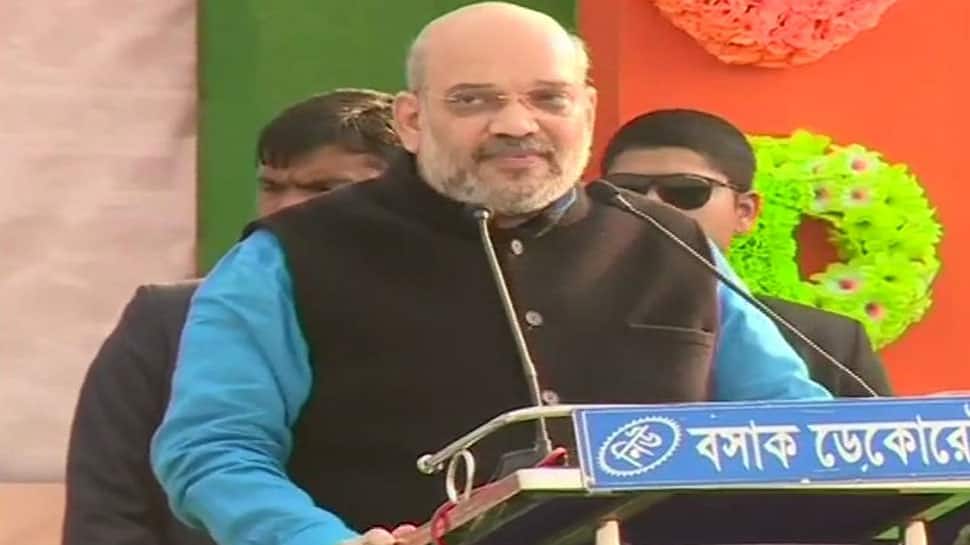 New Delhi: Accusing the Mamata Banerjee government of killing the democracy in West Bengal, Bharatiya Janata Party president Amit Shah on Tuesday said that the 2019 Lok Sabha elections will determine whether the Trinamool Congress will remain in power or be uprooted from the state.

Lashing out at the ruling TMC in the state, Shah said, "I am assuring you, bring BJP and we will not let any infiltrators enter Bengal. But these people love infiltrators, that is why they go against us when we talk about NRC."

"Bomb and weapon making industries are prevalent in Bengal. Where Rabindra Sangeet used to play, bomb blasts fill the air. The BJP shall bring the glory back to Bengal. This is what a real speech from a leader sounds like," the BJP chief added.

With this rally in Malda, the BJP kick-started its campaign for Lok Sabha elections in West Bengal. Shah, who has just recovered from swine flu, will address two more rallies at Jhargram and Suri in Birbhum district on Wednesday.

The rallies come close on the heels of a mega public meeting organised in Kolkata's Brigade Parade ground by the Trinamool Congress in which several top opposition leaders from across the country were present.

The saffron party has set a target to win 22 out of the total 42 Lok Sabha seats in the state for the upcoming general election.