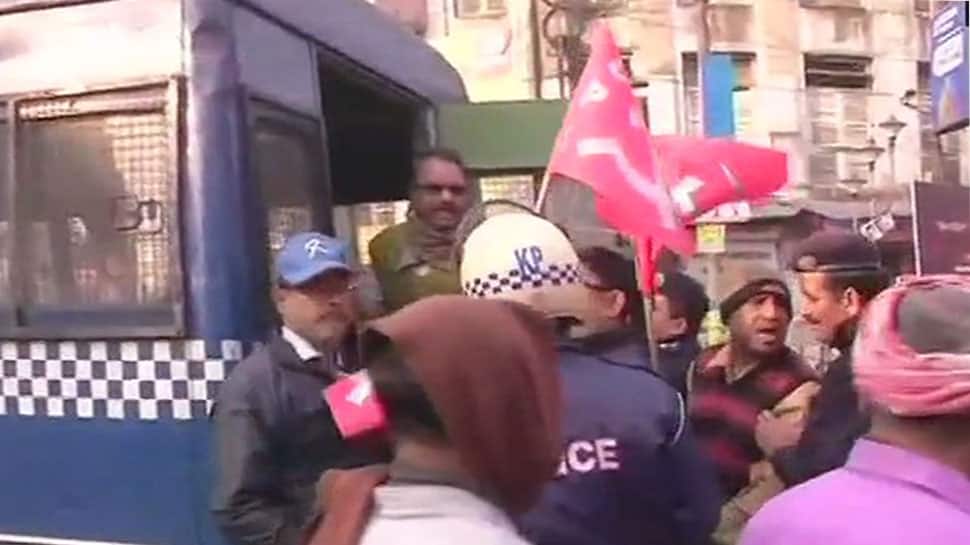 KOLKATA: CPM workers protesting in support of 48-hour nationwide strike called by Central Trade Unions were detained by Kolkata police on Tuesday. The trade unions have called the strike to put pressure on the BJP-led central government to accept their demands, which include minimum wages and social security schemes among others. READ FULL STORY

The strike has been called by a consortium of 10 central trade unions and has received support from organisations like the AITUC, CITU, HMS, AIUTUC, TUCC, AICCTU, along with employees in the banking and insurance sectors.

Farm unions like All India Kisan Sabha (AIKS) and Bhumi Adhikar Andolan are also part of the strike. The trade unions have support of almost all major independent federations of central employees, state employees and the employees of banks, insurance, telecom, and other service sectors representing the workers and employees of all the industries and services including transport services, both in organised and unorganised sectors.

West Bengal Chief Minister Mamata Banerjee on Monday claimed that the trade unions-called general strike would have no impact in the state.

The state government has announced that its employees would be barred from availing casual leave or any half-day leave on Tuesday and Wednesday.

The state government on Monday announced that 500 additional buses would ply on city roads police have taken all measures to foil any untoward incident during the two-day strike.