Earlier today, the IMD said that 'Cyclone Bulbul' formed over the Bay of Bengal has intensified and is set to head towards West Bengal and Bangladesh coasts. 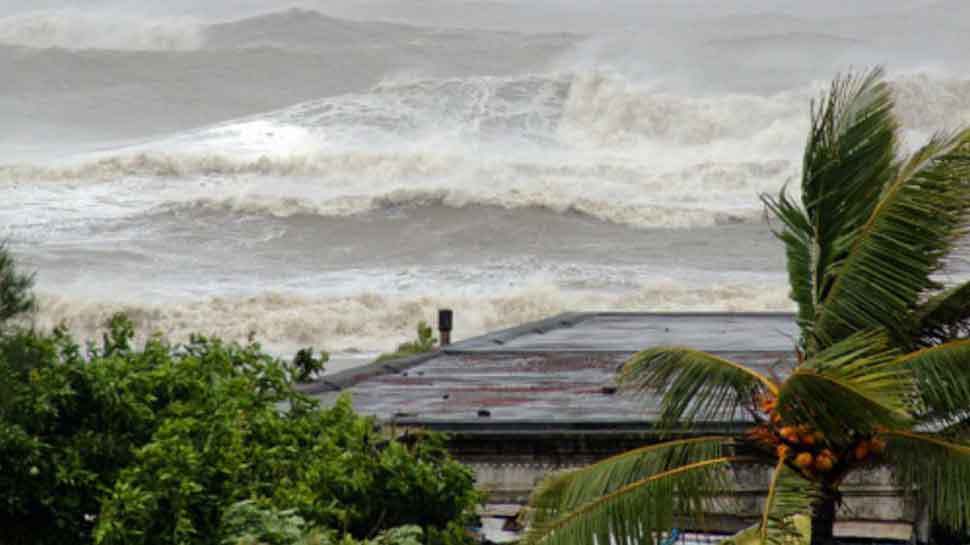 New Delhi: The National Disaster Response Force (NDRF) on Friday deployed 16 teams to deal with the cyclonic situation in West Bengal and Odisha. "To deal with the cyclone situation, the NDRF has deployed 10 teams with six of them in Kakdwip, Namkhana, Digha, Sandeshkhali, Howrah, Hooghly, and four teams have been deployed in Sagar islands," the NDRF said in a statement.

"One team each is deployed at Balasore, Jajapur, Kendrapara, Bhadrak, Puri, and Jagatsinghpur. 11 other teams have been put on alert at the NDRF headquarters. Two teams have been kept at standby in Andaman and Nicobar islands in Port Blair," added the NDRF.

Earlier today, the IMD said that 'Cyclone Bulbul' formed over the Bay of Bengal has intensified and is set to head towards West Bengal and Bangladesh coasts.

Principal Secretary to the Prime Minister, Dr PK Mishra held a high-level meeting on Thursday with the Chief Secretaries of Odisha, West Bengal and Union Territory of Andaman and Nicobar Islands, to review their preparedness to deal with the natural calamity. According to a government statement, the meeting reviewed the situation arising due to the movement of Cyclone `Bulbul` in the last few hours."IMD Director-General gave the detailed forecast on cyclone Bulbul; its projected track and accompanying wind speed and rainfall in the sea and along the coasts of Odisha and West Bengal. He informed that coastal Odisha is likely to witness winds speed of 70-80 kmph gusting up to 90 kmph on November 8 accompanied by heavy to very heavy rainfall," read a government statement.

According to the press statement, a similar situation is likely to prevail in coastal West Bengal on November 9.

"State Chief Secretaries informed of having taken all precautionary measures in the coastal regions and monitoring the situation in the districts on a 24x7 basis. Further, all fishermen have been advised not to venture in the sea and those in the sea have been advised to return back," read the press release.

Indian Coast Guard is also on alert and has advised fishermen and merchant ships not to venture in the sea.