UP CM's chopper was earlier denied permission to land in West Bengal. 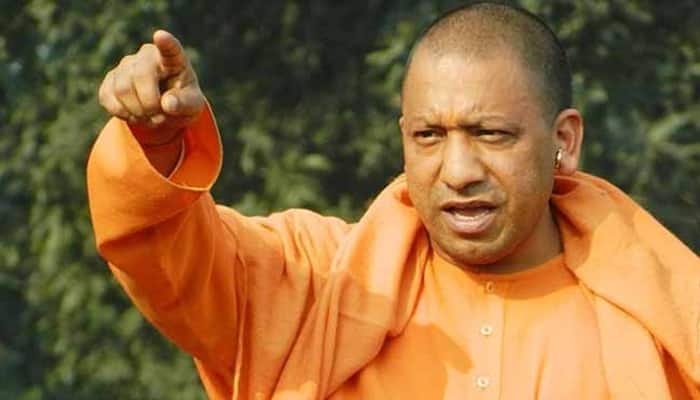 KOLKATA: Uttar Pradesh Chief Minister Yogi Adityanath, who was earlier denied permission to land in West Bengal, will travel to the TMC-ruled state to address a public rally in Purulia on Tuesday.

The saint-politician will land in Jharkhand's Bokaro and take the road to reach Purulia.

He is scheduled to address the rally around 1 PM  at Nabakunja Maidan, Near Bhangara Mod in Purulia, said reports.

The UP Chief Minister was scheduled to address a rally in Bankura on Monday, however, it was cancelled by the West Bengal BJP as the district administration denied permission for his chopper to land in the state.

"We have decided to cancel the Bankura rally of Yogi Adityanath as the district administration is dilly-dallying on giving permission for the landing of his chopper. We didn't want to take any risk and so we cancelled it," West Bengal BJP president Dilip Ghosh said.

Ghosh, however, said that Adityanath's rally in Purulia will take place as per schedule as of now.

The TMC-BJP tussle became uglier on Sunday with the West Bengal government denying permission to the Uttar Pradesh Chief Minister's chopper to land in the state and let him address two scheduled rallies in north Bengal.

Adityanath had to address the rallies in Raigunj and Balurghat via telephone.

Earlier on Monday, a high-level BJP delegation met the Chief Election Commissioner and complained about the situation in West Bengal and its government's repeated refusal to grant permission for BJP leaders to hold rallies ahead of the state.

The delegation, among other demands, urged the poll panel to deploy central security forces to ensure smooth conduct of free and fair polls in West Bengal.

The West Bengal government denied permission to other BJP leaders including party president Amit Shah and Union Minister Smriti Irani to conduct rallies, ahead of the Lok Sabha election.

During Amit Shah's rally at Malda, permission to land his helicopter was denied.

His chopper later landed on private property owned by a resort. Smriti Irani's chopper was also not allowed to land at Jhargram where she was scheduled to address a public rally.