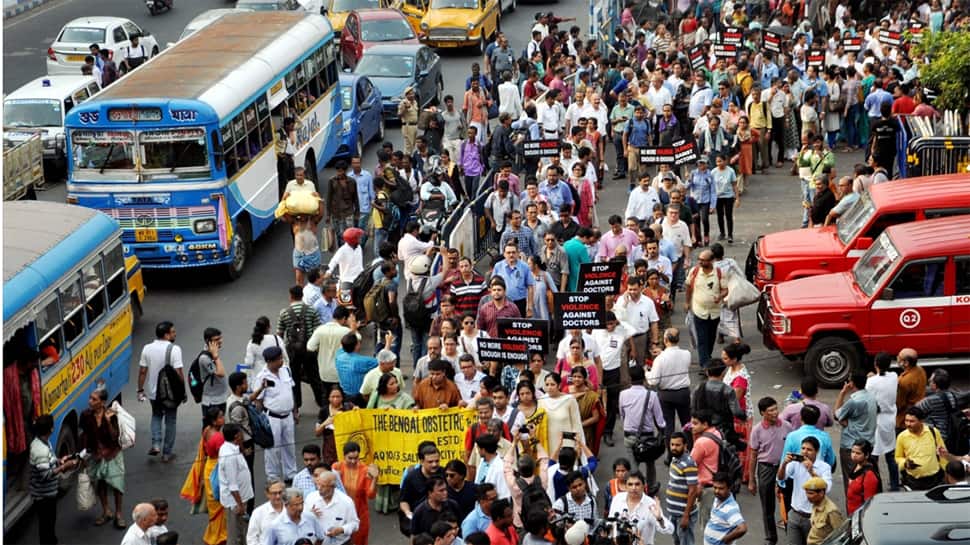 "We want unconditional apology of Mamata Banerjee for the manner in which she had addressed us at the SSKM Hospital yesterday. She should not have said what she had," a spokesperson of the joint forum of junior doctors, Dr Arindam Dutta, said. Banerjee had said that "outsiders" entered medical colleges to create disturbances and that the agitation was a conspiracy by the CPI(M) and the BJP on Thursday.

The other five conditions include:

1. Banerjee should visit the injured doctors and the CM's office release statement condemning the attack.
2. Immediate intervention by the CM in the matter; provide documentary evidence of judicial enquiry against police's inactivity to protect doctors at the NRS Medical College and Hospital
3. Documentary evidence and details of action taken against attackers
4. Unconditional withdrawal of all "false cases and charges" imposed on junior doctors and medical students across West Bengal in the wake of their strike
5. Improvement of infrastructure in healthcare facilities and posting of armed police personnel there.

Two junior doctors were attacked and critically injured by a mob over an issue of alleged negligence at the NRS Medical College and Hospital in Kolkata on Tuesday. Junior doctors across West Bengal have been on strike since then, demanding better security at workplaces. The protest has been joined by doctors across the country, with Indian Medical Association announcing a pan-India strike on June 17.

Banerjee is yet to meet the assaulted doctors.

Meanwhile, another junior doctor was attacked in Kolkata's National Medical College and Hospital on Friday evening.