Three people, including a child and a pregnant lady, were murdered by unknown miscreants inside their house on Thursday in Jiyaganj area of Murshidabad. 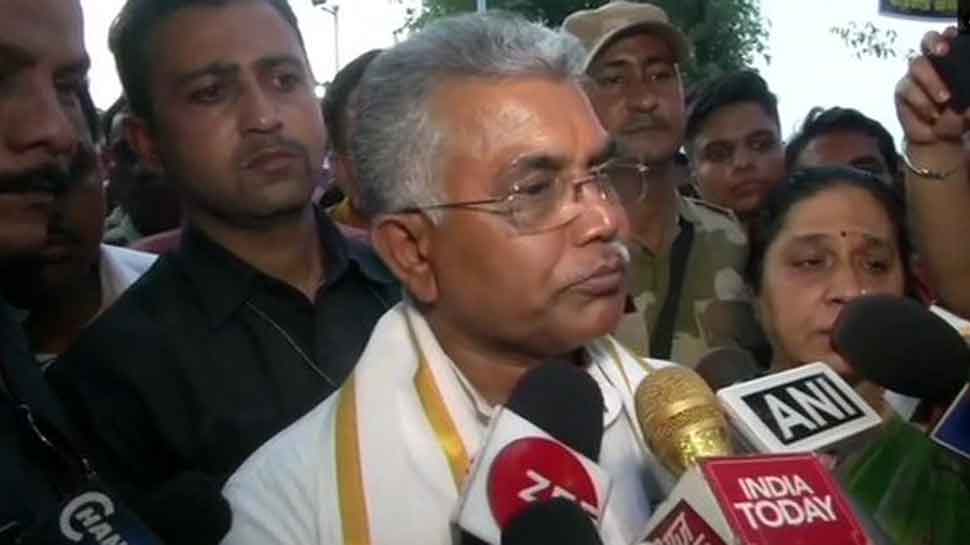 North 24 Parganas: The BJP on Saturday made a blistering attack on the Trinamool Congress government in West Bengal over the triple murder in Murshidabad district by saying that the chief minister is enjoying carnival while the state is burning in flames.

"Everday instances like Murshidabad murder are taking place across West Bengal. Police are not taking any relevant action. The whole family was killed. Chief Minister Banerjee is enjoying the carnival while the state is burning in flame. Police are not carrying out their responsibilities properly," Arjun Singh said.

The West Bengal unit of BJP also staged a dharna at Gandhi statue in Kolkata to register their protest against the killings of BJP workers in the state.

The party claimed that as many as eight members have been killed in the last 81 days with the most recent one being reported in Bengal's Nadia and Murshidabad district.

Meanwhile, BJP West Bengal president Dilip Ghosh said, ''We have sought time from the President and the Union Home Minister. When they will give us time, our delegation of representatives will apprise them of the law and order situation in Bengal.''

Speaking at an event, he said, "A man, his pregnant wife and 8-year-old son were brutally killed in the state. After this, what else would we say if it is not a deterioration of law and order situation? I have not heard of any such incident in any other state. But this is happening in West Bengal. Now, people are doing politics over this."

Roy also alleged that West Bengal Police is trying to dismiss the case on the letter of the deceased man and to give another angle in the case.

Three people including a child were murdered by unknown miscreants inside their house on Thursday in Jiyaganj area of Murshidabad.

The deceased have been identified as Bandhuprakash Pal (35), his wife Beauty Mondal Pal (30) and son Angan Bandhu Pal (8).

Bandhuprakash was a school teacher who worked in Gosaigram Sahapara Primary school and his wife was pregnant.

All the three were brutally murdered, police had said.

The incident came to light after the neighbours found the bodies inside their house and informed the police.

The West Bengal Police, which has ruled out a political angle in the case, has detained two people in this connection. It suspects the hand of someone close to the family behind the gruesome murders.