According to Bengal govt, the government officials are busy with election duty and hence the review meeting over Cyclone Fani damage should not be held. 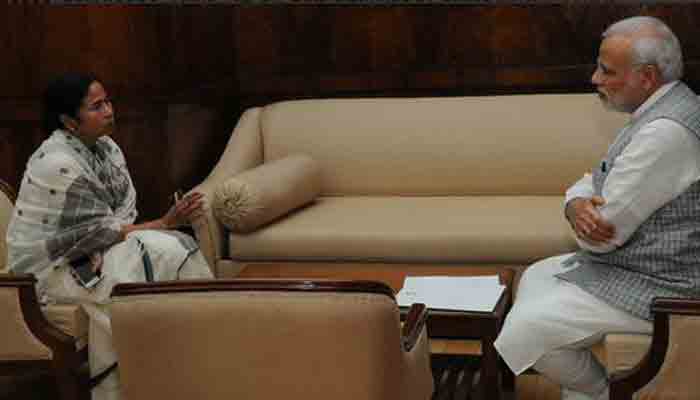 Prime Minister Narendra Modi, who conducted an aerial view of Odisha and took stock of the situation, wanted to visit Bengal and visit the areas hit by the Cyclone. The PMO had even written to the West Bengal government about the planned review meeting.

However, the West Bengal government replied that since the government officials are busy with election duty, the review meeting should not be held.

"For the purpose of supervision of elections arrangement, the Chief Secretary, West Bengal and State Home Secretary will have to be stationed in the headquarters from morning till the end of elections on 06.05.2019. Hence it will not be possible for Chief Secretary, West Bengal, Home Secretary and other senior officers of the Government of West Bengal to be away from headquarters on 06.05.2019," the letter to the Union Home Ministry from the West Bengal`s Department of Disaster Management and Civil Defence stated.

The Centre rubbished the claims saying that PMO had made attempts to connect PM Modi to Mamata twice over the telephone but failed. They said that on both occasions, PMO was told by the Mamata's office that she was on tour and the calls would be returned once she was back.

PM Modi, who addressed a rally in Tamluk today, said, "Mamata did not speak to me when I called her up to talk about cyclone Fani. 'Speedbreaker' Didi is more interested in doing politics. Her pride stopped her from speaking to me." Modi added that when Jaish-e-Mohammed chief Masood Azhar was designated as a global terrorist, the entire nation showed its excitement but Didi never hailed the development.

The Centre had earlier released Rs 1,000 crore to Odisha and other states, including West Bengal, to deal with the devastation caused by Cyclone Fani.