After 10 rounds of counting of votes, Mamata Banerjee is leading by 31,645 votes against her nearest BJP rival Priyanka Tibrewal. 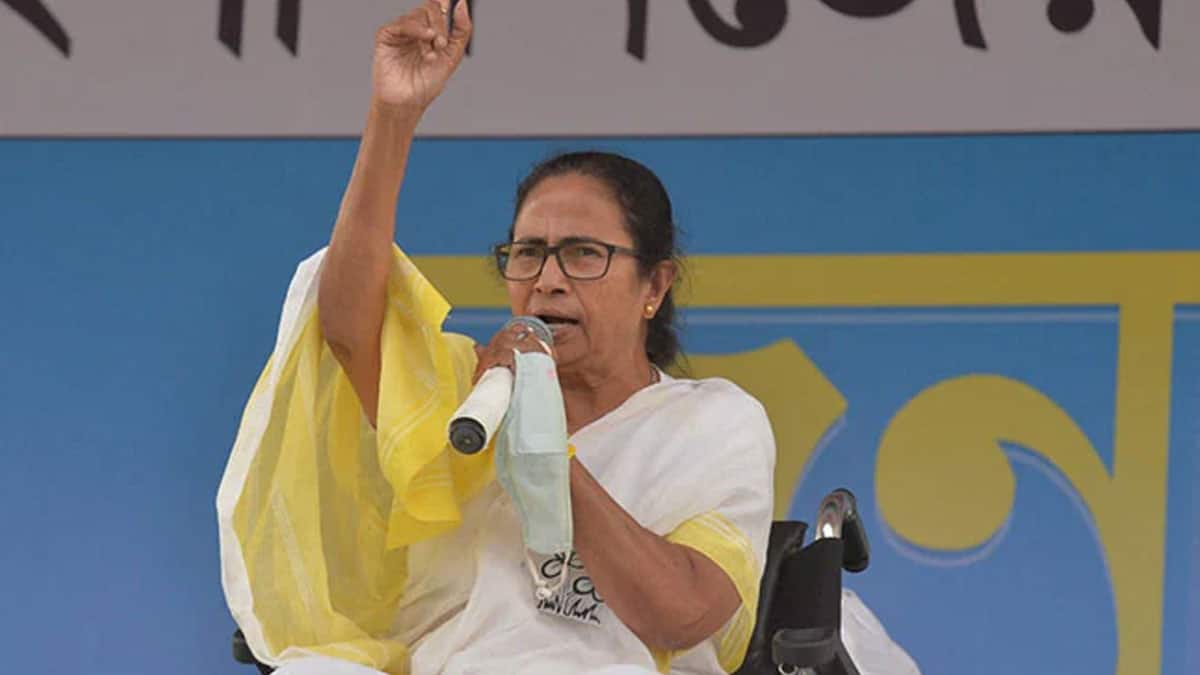 Kolkata/ Berhampore: West Bengal Chief Minister and Trinamool Congress supremo Mamata Banerjee has taken a massive lead over her BJP rival Priyanka Tibrewal after the several rounds of counting of votes on Sunday.

According to the State Election Commission, the TMC supreme was leading against her nearest BJP rival Priyanka Tibrewal after ten rounds of counting of votes by over 31,645 votes in the Bhabanipur bypoll. She looks all set to retain the chief minister’s post as the outcome of polls so far shows that she has firmly consolidated her lead over her rival.

#WATCH | TMC workers & supporters celebrate outside the residence of West Bengal CM Mamata Banerjee in Kolkata as she leads by 28,825 votes in Bhabanipur bypolls after 9th round of counting pic.twitter.com/XlZhaJPB0n

Mamata Banerjee’s party TMC was also leading in Murshidabad's Samserganj and Jangipur where counting of votes for assembly elections is currently underway. Banerjee, the TMC candidate in the Bhabanipur seat in south Kolkata, secured 16,397 votes, as per official data after the fourth round of counting.

Her nearest rival, BJP's Priyanka Tibrewal, has secured 3,962 votes, while Srijib Biswas of the CPI(M) secured 315 votes. Total 21 rounds of counting will be held for the by-poll held in Bhabanipur.

In Samserganj, TMC candidate Amirul Islam was leading by 3,768 votes after the fifth round of counting. He secured 19,751 votes, while his nearest rival Zaidur Rahaman of the Congress received 15,983 votes.

Jangipur's TMC candidate Jakir Hossain was leading by 4,715 votes after the second round of counting. Hossain secured 9,213 votes and his nearest rival, BJP's Sujit Das, got 4,498 votes.

Meanwhile, BJP candidate for Bhabanipur bypoll Priyanka Tibrewal has written to the Chief Justice of Calcutta High Court seeking preventive measures in case there is post-poll violence after final results are declared on Sunday.

In the letter, Priyanka Tibrewal has sought strict orders from the Kolkata Police to take all precautionary measures to prevent any kind of violence post declaration of by-election result.

"I, Priyanka Tibrewal, the Bharatiya Janata Party candidate from the Bhabanipur Assembly constituency is writing to you, requesting you to give a strict order to the Kolkata police forces to take all kinds of precautionary measures so that we do not witness any kind of violence post the by-election results on October 3," the letter read.

Referring to incidents of violence that took place in West Bengal following the declaration of result of state assembly polls in May, Priyanka Tibrewal said, "We have clearly witnessed an unprecedented massacre that took place all over Bengal post-May 2 which has left the entire nation in shock and has given India-- Land of Ahimsa a bad image in the eyes of the world and we are still suffering the aftermath of the heinous crime committed by the miscreants of TMC."

"Taking the ghastly scenario into reference, I, as a candidate for this by-election, humbly request you give a strict order to all the government enforcement departments to take extreme precautionary measures so that no innocent life is lost, no sexual crime is committed, no public is left homeless, no incident of arson is recorded and we live in a peaceful environment come what may be the outcome on October 3," she added.

The bypoll to the Bhabanipur assembly seat and two other constituencies in West Bengal and one in Odisha's Pipli was held on September 30 amid tight security and stringent Covid-19 measures. Mamata Banerjee had lost to BJP`s Suvendu Adhikari in the Nandigram constituency in the assembly elections held earlier this year.

The Bhabanipur assembly seat was vacated by the West Bengal Agriculture Minister Sobhandeb Chattopadhyay in May, paving the way for Mamata Banerjee to contest the bypoll. Bharatiya Janata Party (BJP) has fielded 41-year-old Priyanka Tibrewal, a lawyer, against the TMC chief.

CPI(M) has fielded Srijib Biswas, who is also a lawyer. Congress did not contest the seat. Trinamool Congress had registered a landslide victory in assembly polls winning 213 of 294 seats in the West Bengal assembly.