Dilip Ghosh suggested that what he said should be taken in good humour. 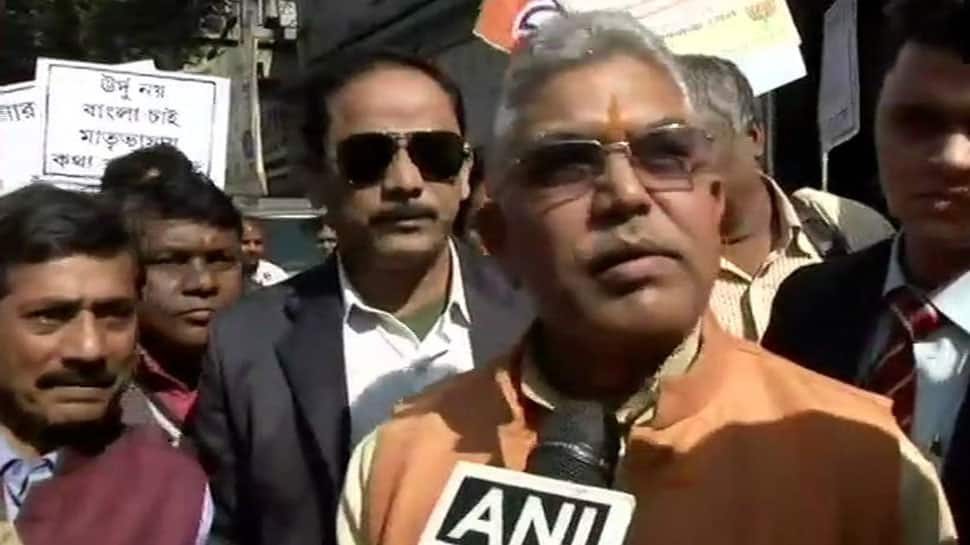 Kolkata: After embarrassing his party by saying that the West Bengal Chief Minister Mamata Banerjee has the best chance to become the first Bengali prime minister of the country, BJP's state unit head Dilip Ghosh took a U-turn on the issue and retracted his statement.

''I was asked a question to which I replied that my wishes will be with her (Mamata Banerjee) if she becomes PM, that is only what I said. But there is no possibility at all of it happening,'' Ghosh said while talking to reporters.

The West Bengal BJP leader further suggested that ''these things are to be taken in good humour.''

Dilip Ghosh, West Bengal BJP Chief: I was asked a question to which I replied that my wishes will be with her(Mamata Banerjee) if she becomes PM, that is only what I said. But there is no possibility at all of it happening. These things are to be taken in good humour pic.twitter.com/krqRMtFQx1

Ghosh had ruffled a few feathers within his party on Saturday when he said that the TMC supremo had the high chance of becoming the Prime Minister.

Extending birthday wishes to her, Ghosh said that he prayed for her good health and success in life "because the fate of our state depends on her success".

"We want her to be fit so that she can work well. She needs to remain fit because if there is any Bengali who has the chance to be the PM from this Bengal, then she is the one," he had reportedly said.

Asked if anyone from his own party's Bengal unit had the chance to be the PM, Ghosh said that Mamata Banerjee was ahead in the race among Bengalis who can become Prime Minister.

"We can surely have one from Bengal after her. But she has the first chance. We couldn't have Jyoti Basu as the first Bengali prime minister as his party did not allow him to be," Ghosh said.

"We had Pranab Mukherjee from the state as the first Bengali to become President so now it's time to have a Bengali as PM," he added.

His statement came as a shocker for the state BJP as it is engaged in a bitter fight against the TMC in the state.

If any Bengali has chance to become PM, it's Mamata: WB BJP chief Dilip Ghosh