Nikhil Nirmal has been transferred to the post of MD, State Tribal Development Cooperative Corporation Ltd. 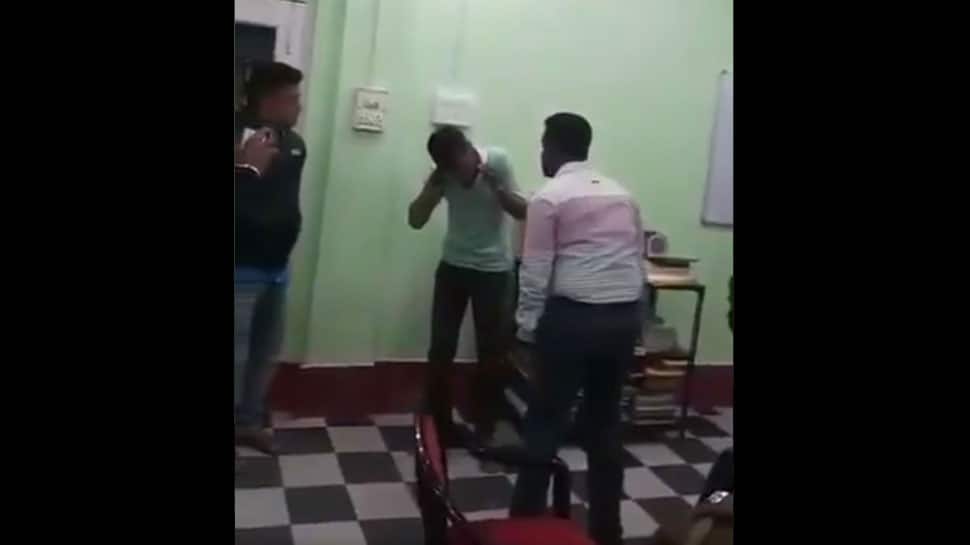 Kolkata: Alipurduar District Magistrate, Nikhil Nirmal, who had courted controversy after being caught on camera thrashing a young man inside a police station for allegedly making lewd comments at his wife on a social media platform, has been transferred.

Confirming the development, a senior West Bengal government official said that Nirmal has been transferred to the post of Managing Director of the state Tribal Development Cooperative Corporation Ltd.

#Breaking: District Magistrate of Alipurduar district Nikhil Nirmal shunted out. Transferred and posted as MD, Tribal Cooperative Cooperation after a video went viral showing him and his wife beating up a youth for making lewd comments on his wife’s Facebook post @dna @ZeeNews

The 2011-batch IAS officer had earlier been asked to go on leave for 10 days after the video surfaced on Monday.

Subhanjan Das will be the new Alipurduar District Magistrate, the official said.

In the video that went viral, Nirmal and his wife were seen beating up the man inside Falakata Police Station in the presence of the Inspector-in-Charge (IC).

The IAS officer and his wife were also heard hurling abuses at the man in the video.

The incident evoked a sharp response from various human rights organisations, which strongly condemned the incident and demanded action against the DM and the Inspector of Falakata Police Station.

Mamata Banerjee doubts if fresh quota decision can be implemented