Neither Trump nor his base were committal on changing their pro-gun stance. 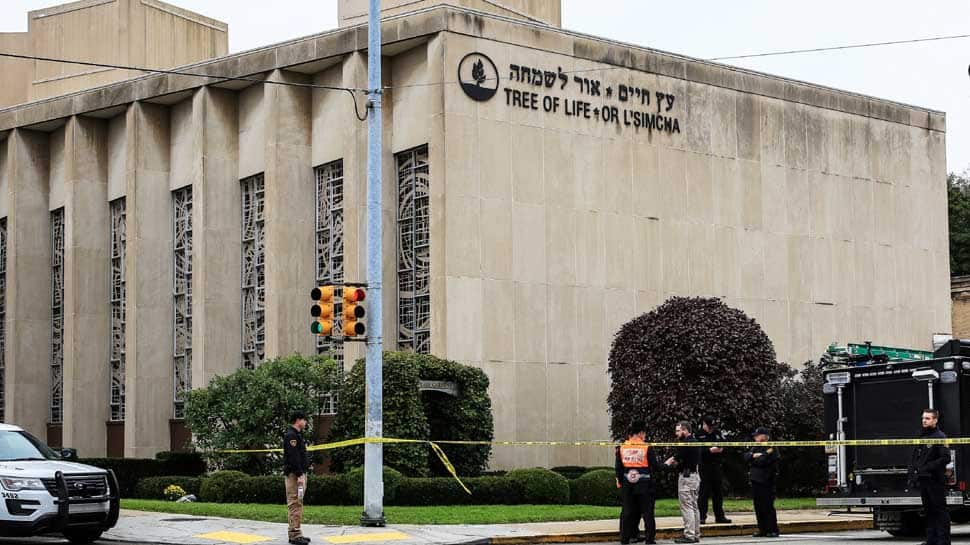 The synagogue in Pittsburgh, Pennsylvania, where the gunman killed 11 people. (Photo: Reuters)
Share:
Written By:

Mass shootings as a part if American life continued on Saturday, when a gunman opened fire at a synagogue in Pittsburgh, killing 11 people and injuring six others. The attack drew a response from US President Donald Trump, who condemned it and ordered flags across the country to be flown at half-mast on October 31 as a sign of "solemn respect".

The gunman, identified as 46-year-old Robert Bowers, rushed into the synagogue - a Jewish place of worship - and opened fire inside two rooms. The occupancy could expected to have been higher than most other days considering it was Saturday - the Sabbath for Jews, like it's Friday for Muslims and Sunday for Christians.

Law enforcement officials have said the gunman was dressed in military-style tactical gear and opened fire using a military-grade automatic assault rifle like the AR-15. It was a similar weapon that was used in the Las Vegas shooting of 2017, in which 59 were killed and 851 injured.

Bowers has been arrested by law enforcement officials who have said he faced charges on 29 criminal counts, that could end up leading to the death penalty.

US President Donald Trump struck an uncharacteristically sombre note in reacting to the incident. He condemned it as "a wicked act of mass murder". "This evil Anti-Semitic attack is an assault on all of us," Trump said at an election rally in Illinois. He vowed to fully enforce the death penalty for such crimes.

However, neither Trump nor his base were committal on changing their pro-gun stance.

Trump also announced that he would travel to Pittsburgh to take part in a candlelight vigil for those killed in the synagogue attack.