According to a complaint filed by the girl's father Mukhtar Masih, the girl, named Faira, was allegedly taken to a seminary in Sheikhpura City, some 50 kilometers away from Lahore, by her school principal Saleema Bibi and was forced to embrace Islam. 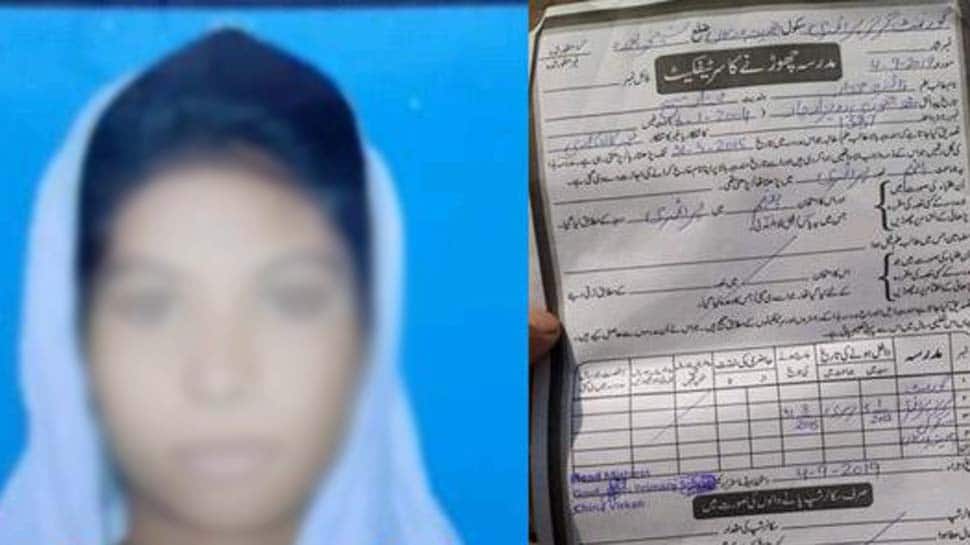 Lahore: In yet another incident of forced conversion in Pakistan, a 15-year-old Christian girl was allegedly converted to Islam by her teacher in the Punjab province.

According to a complaint filed by the girl's father Mukhtar Masih, the girl, named Faira, was allegedly taken to a seminary in Sheikhpura City, some 50 kilometers away from Lahore, by her school principal Saleema Bibi and was forced to embrace Islam.

Faiza was in the seminary and her parents were not allowed to meet her. They later took the matter to a Punjab minister and an FIR was lodged.

The conversion took place on Monday and Faiza was rescued by the police on Wednesday. She was shifted to Dar ul Aman and Will be handed over to the family.

Given that she is 15, this conversion would be reversed by law because in Punjab, the criteria for being an adult is over 16.

This is the third incident of forced conversion reported from Pakistan in a week.

Earlier in September, a Hindu girl was allegedly abducted from the Institute of Business Administration (IBA) in Sukkur in the Sindh province of Pakistan and was forcefully converted to Islam. The undergraduate student, identified as Renuka Kumari, was abducted from her college.

All Pakistan Hindu Panchayat, a non-profit organisation, in a Facebook post claimed that the girl had been missing since August 29. Meanwhile, her brother told news agency ANI that she was in a romantic relationship with a fellow classmate Babar Aman and the two are now in Sialkot. However, sources confirmed that the couple was staying at Pakistan Tehreek-e-Insaf (PTI) worker Mirza Dilawar Baig residence in Sialkot.

In a similar incident, a 19-year-old girl Jagjit Kaur was abducted and forcefully converted to Islam before being married to a Muslim man in the Punjab province.

The incident came to light after a Shiromani Akali Dal (SAD) MLA Manjinder Singh Sirsa shared a video of the girl's family alleging that she was abducted and forcefully converted. In the viral video, the family of the girl had complained to Pakistan Prime Minister Imran Khan claiming that their daughter was kidnapped by six people at gunpoint on the intervening night of August 27 and August 28. They also added that despite lodging an FIR, no action was taken.

Several such cases of forced conversion have been reported from Pakistan.

India had also asked for "immediate remedial action" by Pakistan in this case. The Ministry of External Affairs in a statement had said it has received a number of representations from various quarters of civil society in India and members of Sikh religious bodies on the incident of abduction and forced conversion to Islam and marriage of the minor daughter of a Sikh granthi from Nankana Sahib, in Pakistan.

"We have shared these concerns with the Government of Pakistan and asked for immediate remedial action," the MEA spokesperson Raveesh Kumar had said.