16 protesters gunned down, 45 wounded in Baghdad

The attackers entered Baghdad's al-Khalani Square in a convoy of four-wheel-drive vehicles and started shooting at people gathered there for a demonstration, the source told Efe. 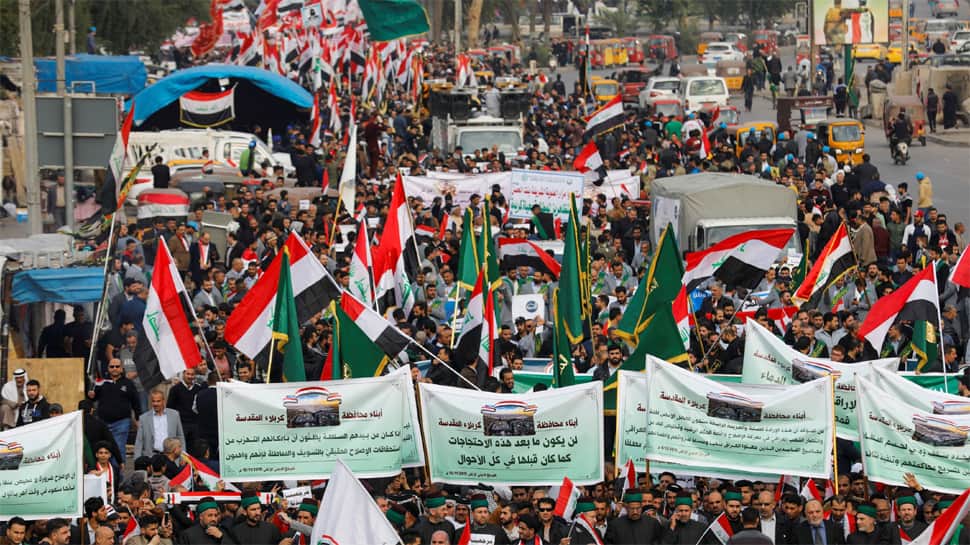 Baghdad: Sixteen people were killed and 45 others wounded here on Friday when unidentified assailants opened fire on anti-government protesters, a source in the interior ministry said.

The attackers entered Baghdad's al-Khalani Square in a convoy of four-wheel-drive vehicles and started shooting at people gathered there for a demonstration, the source told Efe, speaking on condition of anonymity.

Al-Khalani sits next to a multi-story parking garage that has been occupied by protesters since the current mobilization began two months ago.

It is also close to Tahrir Square, the epicenter of the movement that has already forced the resignation of Prime Minister Adel Abdul-Mahdi.

Thousands of people were in Tahrir Square again Friday to make it clear that the demands of protesters go far beyond the replacement of one prime minister with another.

Protesters and reporters said that members of Shiite political parties and militias infiltrated the demonstrations in Tahrir on Thursday and attacked a dozen people.

Ahmed Rahim, an activist who has taken on the role of spokesperson for the mobilization in Tahrir Square, told Efe that while Friday`s protests were also marked by the presence of a disparate collection of people, they were free of violence.

The outsiders "didn`t try to create problems and assault demonstrators in the square, as happened yesterday (Thursday), when around 12 participants were wounded with knives and sharp-edged tools," he said.

Friday`s mayhem in al-Khalani Square followed a week that saw no confrontations between protesters and security forces of the kind that have resulted in more than 400 deaths since Oct. 1.

Ahmed Bassam, 22, told Efe earlier Friday in Tahrir Square that the protesters will not stop "until recovering the homeland that was stolen by the corrupt parties and all the rights usurped by those parties, that deprived us of everything and that exploited the wealth of the country".

Even though Abdul-Mahdi and his Cabinet ministers have resigned, many other demands remain to be fulfilled, Bassam said, "especially judging the corrupt and thieves of public money," and improving basic services such as healthcare, education and drinking water.

Neither Abdul-Mahdi`s resignation nor the reforms he announced were sufficient, 40-year-old Hasan al Lami told Efe.

"Our goal is to change the political system, which has failed in the past 16 years of government, and it offered nothing but more poverty, unemployment and poor public services," he said.

Protester Umm Fatima, 32, said that the demonstrations and "the blood spilled in the squares do not seek to change the government, the goal is to get rid of the political parties that extended the corruption, murder and poverty."