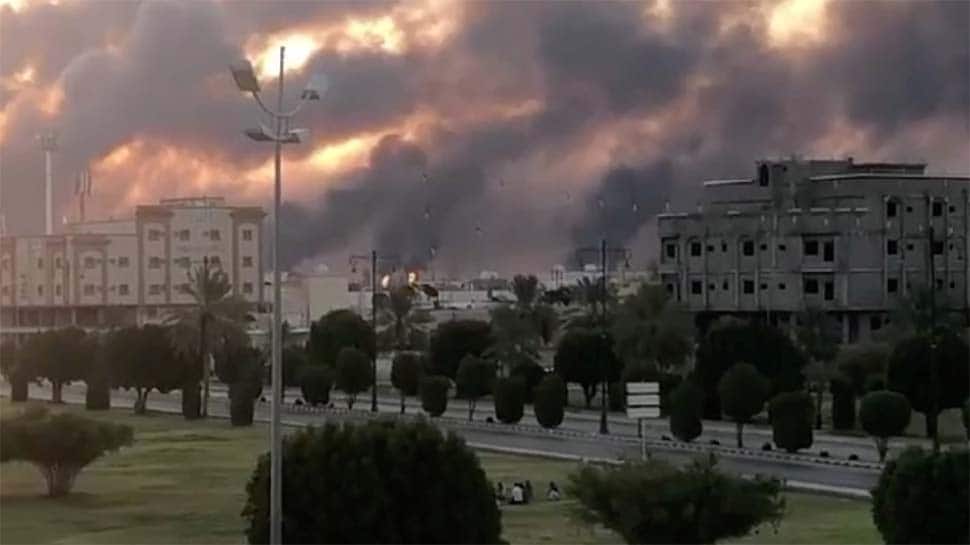 The Saudi Press Agency said that the drones caused the fire at the refinery in the city of Abqaiq in the Kingdom`s oil-rich Eastern Province, which Aramco describes as the world`s largest oil processing plant, as well as the blaze at the Khurais oil field, around 150 km from Riyadh.

The agency did not specify the type of drones involved or name the alleged perpetrator. The fires at both sites are now under control and a probe has been launched into the alleged attacks, reported the state media.

Multiple videos posted on social media earlier on Saturday showed an Aramco compound engulfed in flames and thick black smoke billowing from the site. In some vidoes, several loud bangs resembling the sound of explosions can be heard in the background.

Houthi fighters were blamed for drone attacks on the Shaybah natural gas liquefaction facility in August and on other oil facilities in May. The rebel movement is fighting the Yemeni government and a Saudi-led coalition.

Yemen has been at war since 2015, when President Abdrabbuh Mansour Hadi was forced to flee the capital Sanaa by the Houthis. Saudi Arabia backs Hadi and has led a coalition of regional countries against the rebels.

Saudi Arabia accuses Iran of arming and directing the Houthi rebels in Yemen to launch drone and rocket attacks across the kingdom`s border.