No group has claimed responsibility for the deadly bombing nor the security apparatus has pointed finger at any militant group including Taliban and Islamic State outfit fighting the government. 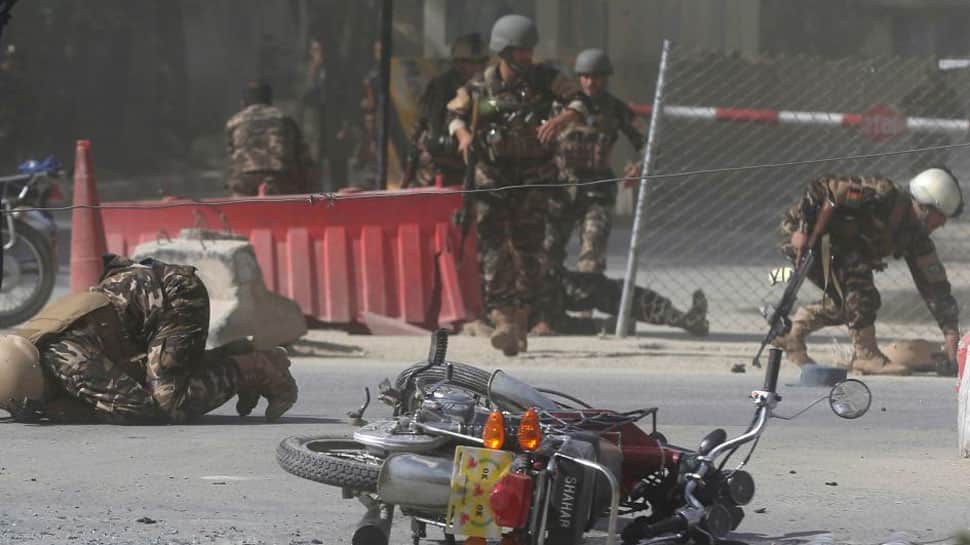 Kabul: Four people have been confirmed dead and 90 others including 23 children sustained injuries in a powerful blast that rocked Afghan capital Kabul on Monday evening, Interior Ministry spokesman Najib Danish has confirmed.

"The victims of the blast that shocked Kabul today evening claimed four lives including three military and one civilian, 90 injured including 23 children, 12 women and 65 men with majority of them civilians," Danish said in a post on his twitter hours after the blast on Monday.

Without providing more details, Danish asserted that the terrorists conducted a car bombing against Green Village camp in Police District 9 and police are in control of the situation there, reports Xinhua news agency.

Green Village camp is a well-protected area next to the main office of Afghan election commission in the eastern edge of Kabul city where a number of foreign security offices and entities located and often frequented by foreigners living or working in Kabul. Earlier, Wahidullah Mayar, the spokesman for Public Health Ministry, confirmed that 40 injured persons had been taken to hospitals.

The bloody blast that was heard across the fortified Kabul city and followed by gunshots caused panic among Kabul residents, took place just hours after the Afghan election commission announced the preliminary results of much-awaited parliamentary elections for Kabul.

After two months and five days delay, the election commission announced the preliminary results of October elections for Kabul where 24 males and nine females from among more than 800 runners have secured seats in the 249-seat Wolesi Jirga, or the lower house of parliament, amid criticism by those failed to win seat at the legislative house.

No group has claimed responsibility for the deadly bombing nor the security apparatus has pointed finger at any militant group including Taliban and Islamic State outfit fighting the government.