The activists from PoK were joined by many from Sindh, Balochistan and Khyber Pakhtunkhwa in condemning Pakistan's support to extremist groups. 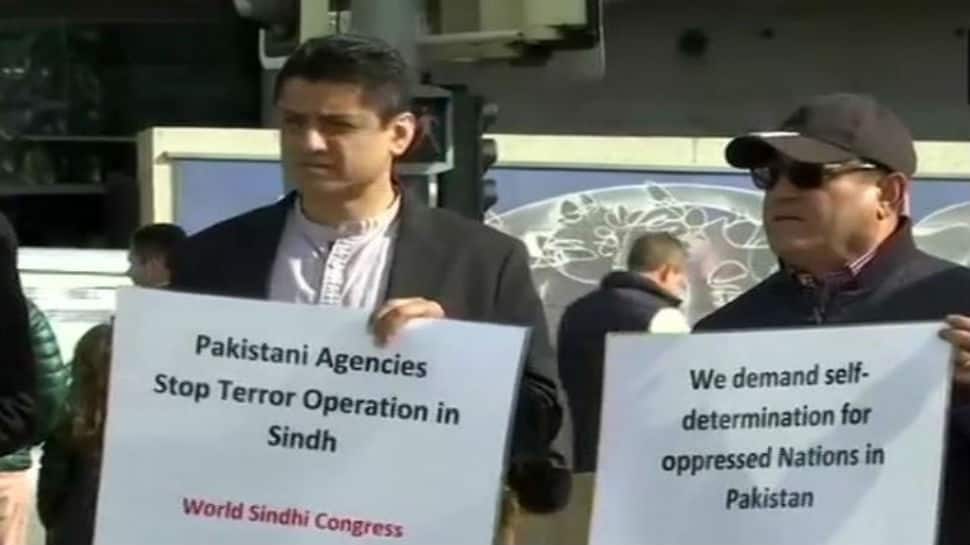 A large number of activists from Pakistan-occupied-Kashmir as well as from Sindh, Balochistan and Khyber Pakhtunkhwa on Tuesday held a protest during the 40th session of UN Human Rights Council in Geneva. Demanding that the United Nations takes firm action against Pakistan for human rights violation, the activists punctured claims of Islamabad that it has been acting tough on extremist groups.

Highlighting that instead of firm and concrete steps against extremist groups in the country, activists here told news agency ANI that Islamabad was helping these groups flourish. "Pakistan says that it is taking action against extremist groups but practically, it isn't doing anything," said NA Khan of United Kashmir People's National Party. "They're mushrooming the extremist groups. Youth are brainwashed and sent to Afghanistan, Kashmir and Iran for holy war or so-called jihad."

Pakistan has long been accused of supporting and sheltering terror and extremist groups which are then used to wage proxy wars - especially against India. And while the country claims it is a victim of terrorism, the will to act against terror and extremism is woefully missing. To make matters worse, the country has also been accused of violating the human rights of its people and those in PoK.

In the past, people in PoK have protested against Islamabad's policies of diverting water, of ignoring development and welfare, and of adopting a hardline approach here.

Tuesday's protest is also not the first time that groups in PoK, Sindh, Balochistan and Khyber Pakhtunkhwa have come out on the international stage to highlight Pakistan's nefarious ways. And although Pakistan has attempted to silence protests against it internationally, it has largely been unsuccessful.