China`s official air quality standard is 35 micrograms, while the World Health Organization recommends an annual average of no more than 10. 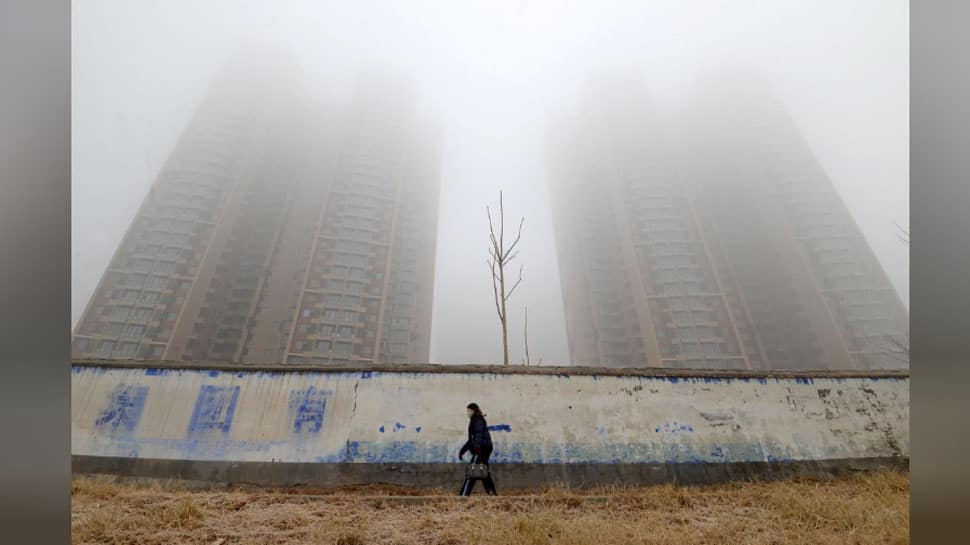 China has vowed not to ease up when it comes to fighting pollution even amid an economic slump, but rising emissions of lung-damaging smog last month suggests that some provinces could struggle to balance that goal with an upturn in industrial production.

"The reasons for the increases in PM2.5 levels are not hard to identify," said Lauri Myllyvirta, energy analyst with environmental group Greenpeace, who noted that steel, thermal power and cement production surged throughout the region in the final quarter of 2018.

"The outsourcing of industrial output that took place last winter in order for Beijing to hit its air quality targets was reversed this winter, driving air pollution levels up in the region while the rest of the country has seen improvements."

The worst performer over the month was the coal city of Linfen in Shanxi province, which saw average PM2.5 levels of 174 micrograms, up 23 percent from a year earlier. Shijiazhuang, the provincial capital of Hebei, China`s biggest steelmaking region, also saw emissions rise 30 percent to 144 micrograms.

China`s official air quality standard is 35 micrograms, while the World Health Organization recommends an annual average of no more than 10. Over the three months beginning in November 2018, when coal-fired heating systems are switched on throughout the north, average PM2.5 in the 39 cities reached 93.5 micrograms, up 12 percent on the year.

Anyang, a coal and steel producing city in Henan province, was the worst performer over that period, with average concentrations at 124 micrograms, up 27 percent. Henan has blamed its poor performance this winter on "unfavourable weather conditions".

China`s environment ministry did not respond to a request for comment. However, senior official Liu Bingjiang told reporters last month that local governments would be held fully accountable for any failures, regardless of the weather.

Most of the cities are aiming to cut pollution by 3 percent compared to 12 months earlier, far lower than last year`s target of around 15 percent. The compliance period also began a month earlier in October, when pollution is normally much lower. However, they are still struggling to meet targets.

Brexit: What will happen in the British parliament on February 14?