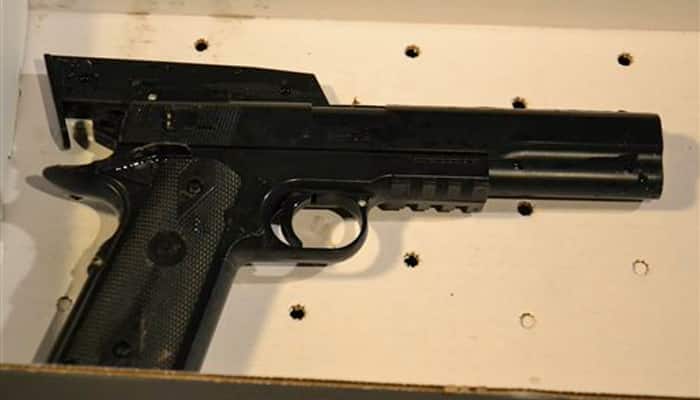 NEW YORK: Democratic lawmakers are pushing stricter gun laws in statehouses across the country, emboldened by sweeping electoral victories in 2018 and confident that public opinion is on their side a year after the school shooting in Parkland, Florida.

In Colorado, Tom Sullivan spent years urging lawmakers to tackle gun violence after his 27-year-old son, Alex, was killed in the 2012 movie theater shooting there.

Now Sullivan is helping write those bills after winning a state Assembly seat, part of a Democratic wave in November that gave the party full control of Colorado`s government for the first time in five years.

"People are standing up and having their voices heard," said Sullivan, who wears his son`s leather jacket to the capitol. "Now they have to see me every single day."

Polls show Americans favor tougher gun laws after decades of mass shootings, including the Feb. 14, 2018, massacre at Florida`s Marjory Stoneman Douglas High School that killed 17 students and staff members. But the political might of the National Rifle Association – and its deep coffers – made supporting gun restrictions a risky proposition for many officials.

That changed last year, when Democratic candidates ran on the issue of gun violence in unprecedented numbers.

At the federal level, where Democrats captured the U.S. House of Representatives after eight years of Republican control, nearly 80 percent of the 62 freshman Democrats elected in November included gun safety in their campaign platforms, a Reuters analysis found. That far outstripped the proportion of candidates who did so in 2016.

But with Republicans, who typically oppose gun restrictions, still in control of the U.S. Senate, the legislation`s prospects appear dim.

Republican U.S. Senator Pat Toomey said a Democratic House could put pressure on the Senate to reconsider a bipartisan background checks measure he sponsored after the 2012 school shooting in Newtown, Connecticut, that killed 20 first-graders. The bill narrowly failed to get the 60 votes needed for passage.

Now, he said, "there is a distinct possibility that we could have enough Republicans to get to 60, but that`s still an open question."

National gun safety groups are more optimistic about making progress outside Washington, with nearly 20 states poised to take up gun safety bills this year, they said.

Lawmakers are focusing on bills with widespread approval in public polling, including background checks, "red flag" bills that allow judges to confiscate guns from dangerous people and bans on domestic abusers owning guns. Several states passed similar laws last year, including some with Republican governors or legislatures, and advocates say they hope to draw Republican votes in numerous states this year.

So far this year, gun safety advocates have found success in several states while encountering roadblocks in others, including from some Democrats.
New York last month passed a red flag law, extended waiting periods and prohibited armed teachers in schools.

In Nevada, where the deadliest mass shooting in U.S. history occurred at a 2017 music festival in Las Vegas, Democratic leaders have vowed to implement the background checks approved by voters in a 2016 referendum. The state`s former Republican attorney general had refused to do so.

"It`s a high priority," said Jason Frierson, speaker of the state Assembly. "We have a new class of candidates who feel passionately about this issue."
In New Mexico, newly elected Democratic Governor Michelle Lujan Grisham has called for red flag, domestic abuser and background check bills. The Democratic-led legislature is expected to pass all three within weeks, said Speaker of the House Brian Egolf.

Some Democratic lawmakers in Maine, which has a strong hunting culture, introduced a raft of measures including a large-capacity magazine ban, a background check bill and a red flag law.

But newly elected Democratic Governor Janet Mills has said she opposes the background check bill after voters rejected a similar measure in 2016. Gun safety advocates privately concede they do not expect any of the major legislation to become law.

Perhaps no state better encapsulates the political volatility around guns than Colorado, which has both a deep tradition of gun ownership and a history of mass shootings, including the 1999 Columbine school massacre and the Aurora movie theater killings.

In 2013, after the Aurora attack, the legislature passed background checks and a high-capacity ammunition magazine ban. In response, an NRA-backed recall election removed the Democratic state Senate leader and another member, and Democrats lost their Senate majority the following year.

"No one in Colorado needs to fear what happened to us," he said. "The country is starting to get that the gun lobby has no interest whatsoever in any kind of common sense things."

For now, however, Colorado Democrats say they will focus solely on a red flag bill before considering other measures.

"I`m a fourth-generation Coloradan, and gun ownership is a way of life," said Alec Garnett, the state Assembly Democratic majority leader. "What I`ve learned in this business is there`s no clear path for anything."