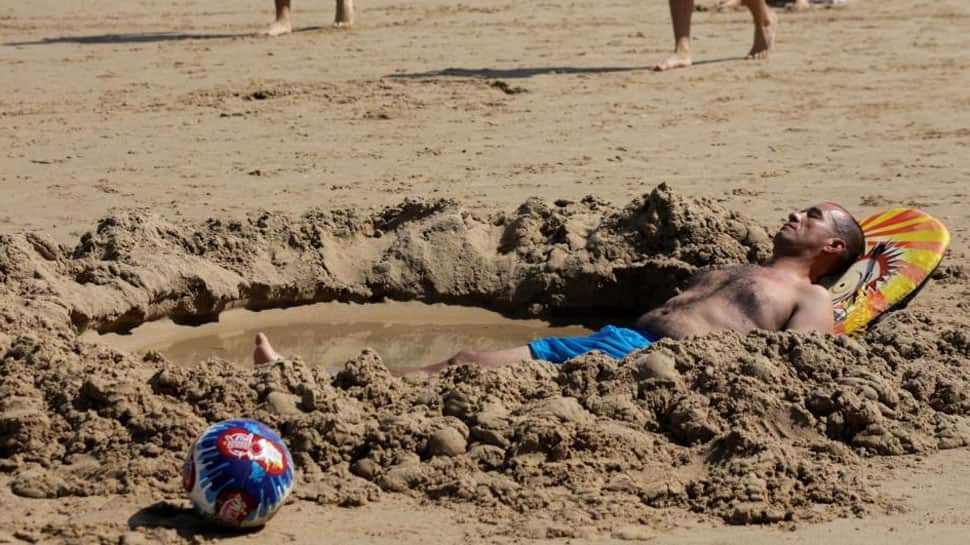 Sydney: Australians have been warned to avoid exerting themselves outdoors and to drink lots of water as record temperatures in parts of the country look set to linger, and even increase, over coming days. Parts of New South Wales, Australia`s most populated state, and an area of Western Australia, saw record high minimum temperatures of 33 Celsius (91 Fahrenheit) overnight.

The maximum is expected to soar to more than 45C (113F) on Wednesday in parts of New South Wales, South Australia and Victoria, the Bureau of Meteorology said. "Avoid physical activity, stay well hydrated - it`s vital at this time," said Richard Broome, director of environmental health for the New South Wales state government.

For the four-fifths of Australia`s 25 million people who live on the coast, the summer typically means lazing on the beach and watching cricket. But the unusually high temperatures add to a sense of exhaustion for a farm economy already reeling from a year of drought.

"The weather is not good news for summer grain crops such as sorghum," said Phin Ziebell, agribusiness economist, National Australia Bank. "Many east coast farmers are still reeling from the winter wheat crops, which suffered from recent drought."

Emergency workers were forced to battle more than 100 fires across the northeast coast late last year when unprecedented hot weather triggered a wave of blazes.