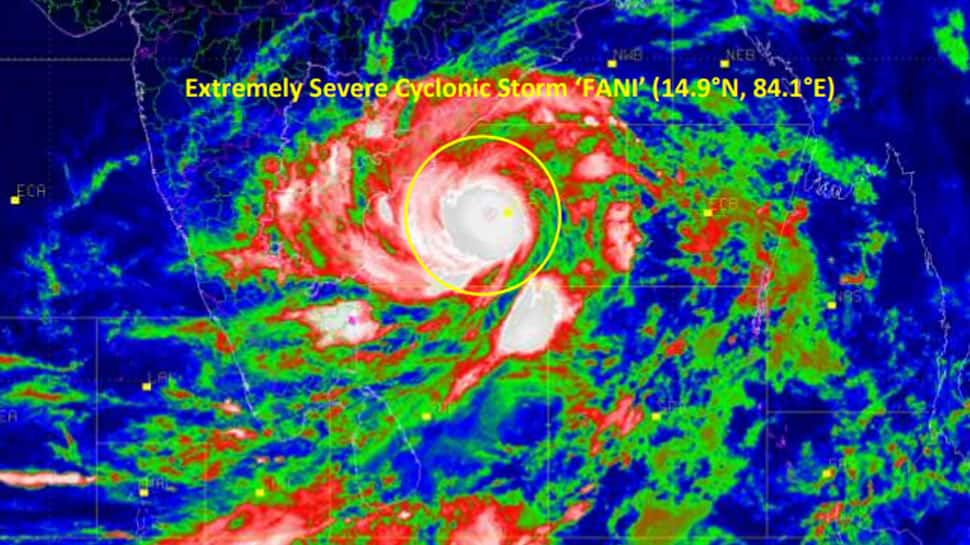 The India Meteorological Department (IMD) has classified 'Fani' as an "extremely severe cyclonic storm". "Directives have been issued asking the administrations of 19 districts in the coastlines to start evacuating people to safe shelters from 10 am tomorrow (Friday)," disaster management ministry's senior secretary Shah Kamal told a news briefing.

Residents from the 19 districts will be shifted to over 4,000 shelters erected along the coastlines, while the local authorities took possession of safe installations like schools to be used as shelters, if required, he said.

The decision for evacuation was taken at an emergency inter-ministerial meeting at the Secretariat here. Representatives from the military and other armed forces also participated in the meeting. "We are fully prepared...Hope there will be no casualty," Disaster Management minister Enamur Rahman told reporters after the meeting.

The evacuees will be provided with dry food and potable water. The district administrations are also equipped with medicines and other relief materials to tide over the post disaster phase as well, he said. Met Director Shamsuddin Ahmed said the department predicted that the cyclone will cause four to five feet high tidal surges and hit the coastlines with a wind speed of 100 to 120 kilometre per hour, despite exhausting its maximum wraths in the Indian state of Odisha.

Earlier in the afternoon, the Met office heightened its warnings for three seaports with the highest danger signal number 7 for southwestern Mongla and Payra and 6 for southeastern Chattogram in a scale of 10. Army chief General Aziz Ahmed had said the entire troop was well prepared for cyclone and post cyclone rescue operations and has joined hands with other government and non-government agencies like the Fire Service and the Red Crescent.

Fani, which is still about over 200 kilometers off the Indian coastline strengthened rapidly on Monday and Tuesday, becoming the strongest storm to move through the Bay of Bengal since the tropical cyclone Nargis in 2008. Nargis hit Myanmar with winds over 200 kph, bringing a devastating storm surge and flooding rainfall that resulted in more than 1,00,000 deaths in the country.

Fani too is expected to bring large storm surges and significant wind damage near the landfall location inundating a vast landmass, particularly in India. As per the IMD, Fani is also the first cyclonic storm of such severity to have formed in April in India's oceanic neighbourhood in 43 years. Weather experts said parts of eastern India and Bangladesh could expect 150 to 300 mm rain with locally higher amounts regardless of the intensity.