Barack Obama slams Donald Trump, says 'violence at Capitol Hill a moment of great dishonour and shame' for US

Former US President Barack Obama has slammed his Republican successor and outgoing President Donald Trump and said history would remember the attack on US Capitol "incited by a sitting president who has continued to baselessly lie about the outcome of a lawful election, as a moment of great dishonour and shame for our nation.""

Washington: Former US President Barack Obama has slammed his Republican successor and outgoing President Donald Trump and said history would remember the attack on US Capitol "incited by a sitting president who has continued to baselessly lie about the outcome of a lawful election, as a moment of great dishonour and shame for our nation.""

But we`d be kidding ourselves if we treated it as a total surprise", Obama said in a statement."For two months now, a political party and its accompanying media ecosystem has too often been unwilling to tell their followers the truth - that this was not a particularly close election and that President-Elect Biden will be inaugurated on January 20. Their fantasy narrative has spiralled further and further from reality, and it builds upon years of sown resentments. Now, we`re seeing the consequences, whipped up into a violent crescendo," he said.

The statement of the former popular president came hours after thousands of pro-Trump rioters on Wednesday stormed the US Capitol, interrupting a joint session of Congress where lawmakers were set to certify President-elect Joe Biden's win.

In the November 3 presidential election, Biden, a Democrat won 306 Electoral College votes while Trump, a Republican, mustered only 232 votes. Obama said, ''Right now, Republican leaders have a choice made clear in the desecrated chambers of democracy. They can continue down this road and keep stoking the raging fires. Or they can choose reality and take the first steps toward extinguishing the flames. They can choose America."

The former president said he was heartened to see many members of Trump's party speak up forcefully today. ''Their voices add to the examples of Republican state and local election officials in states like Georgia who've refused to be intimidated and have discharged their duties honourably. We need more leaders like these right now and in the days, weeks, and months ahead as President-elect Biden works to restore a common purpose to our politics. It's up to all of us as Americans, regardless of party, to support him in that goal,'' he said.

In a separate statement, former US President George W Bush said he and the former First Lady watched the scenes of "mayhem unfolding at the seat of our nation's government in disbelief and dismay".

''It is a sickening and heartbreaking sight. This is how election results are disputed in a banana republic not our democratic republic. I am appalled by the reckless behaviour of some political leaders since the election and by the lack of respect shown today for our institutions, our traditions, and our law enforcement,'' he said.

The violent assault on the Capitol and disruption of a Constitutionally-mandated meeting of Congress was undertaken by people whose passions have been inflamed by falsehoods and false hopes. Insurrection could do grave damage to our nation and reputation, Bush said. In the US, he said, it is the fundamental responsibility of every patriotic citizen to support the rule of law.

"To those who are disappointed in the results of the election: Our country is more important than the politics of the moment. Let the officials elected by the people fulfil their duties and represent our voices in peace and safety," Bush said.

According to former US President Bill Clinton, the "unprecedented assault on our Capitol, our Constitution, and our country" was fuelled by more than four years of "poison politics" spreading deliberate misinformation, sowing distrust in the system and "pitting Americans against one another".

"We must reject today's violence, turn the page and move forward together ''honouring our Constitution'', remaining committed to a government of the people, by the people, and for the people,'' he said.

''We must re-establish the rule of law and hold them accountable. Democracy is fragile. Our leaders must live up to their responsibility to protect it,'' she said. Former Republican presidential candidate Jeb Bush alleged that Trump provoked the disgusting events at the Capitol.

''He has gone from creating chaos to inciting insurrection. Mr President, accept your defeat, go home to Florida and let our elected officials do their jobs and rebuild confidence in our democracy,'' he said. 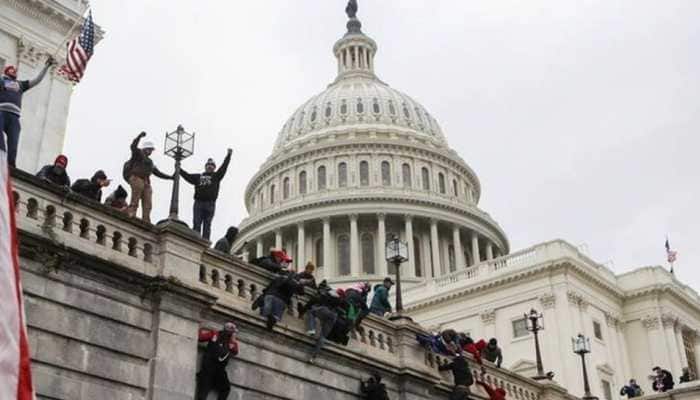 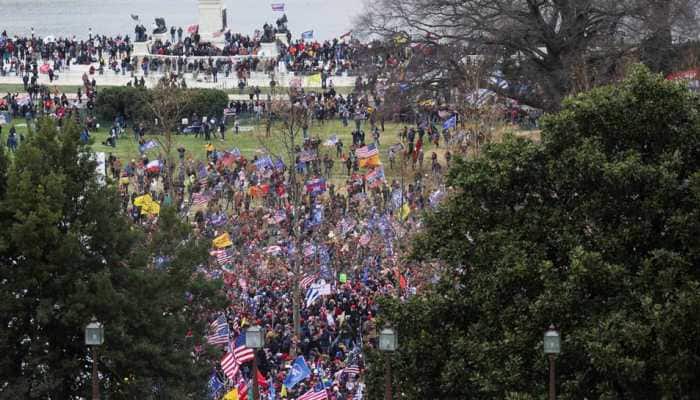 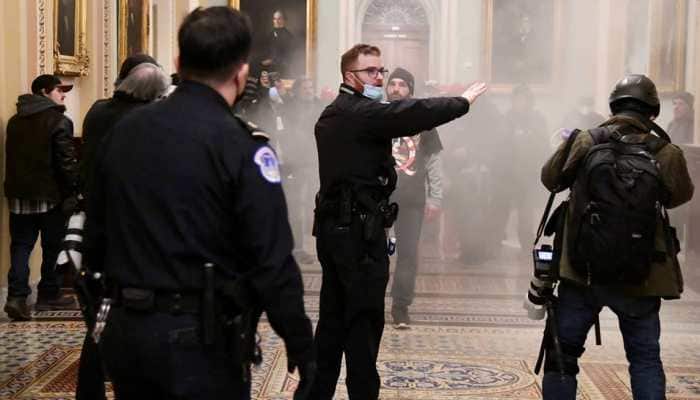 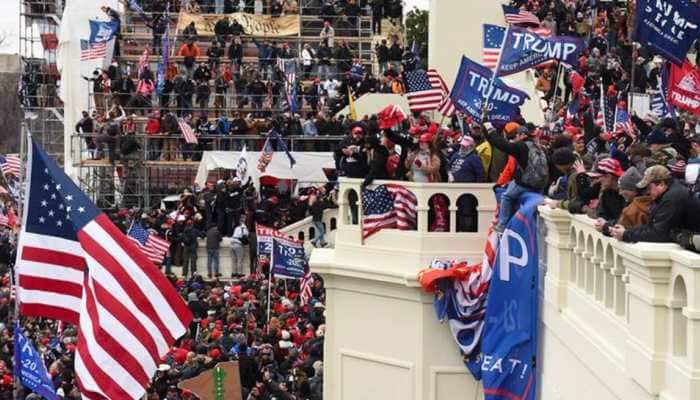 Riots at US Capitol Hill 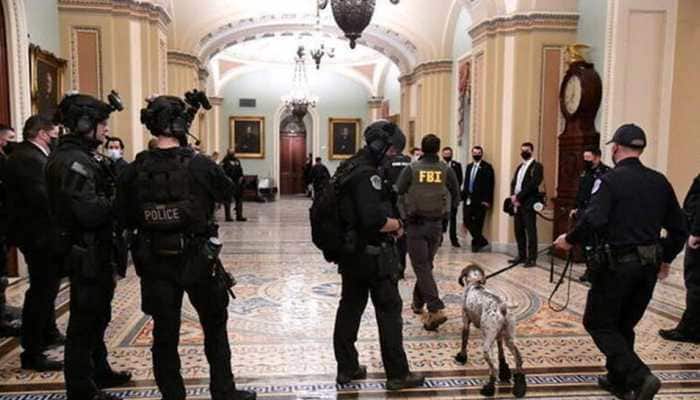 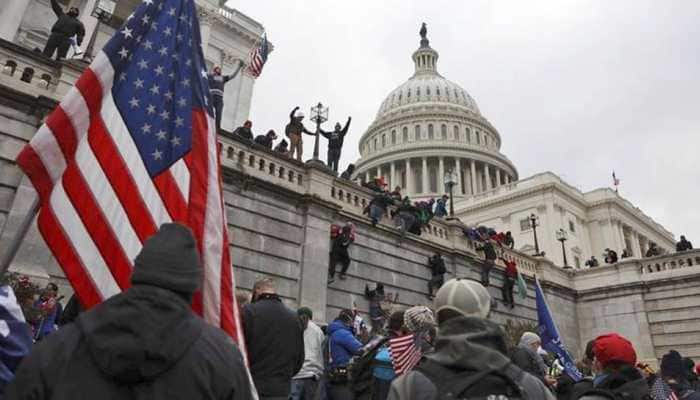 Violence at US Capitol Hill 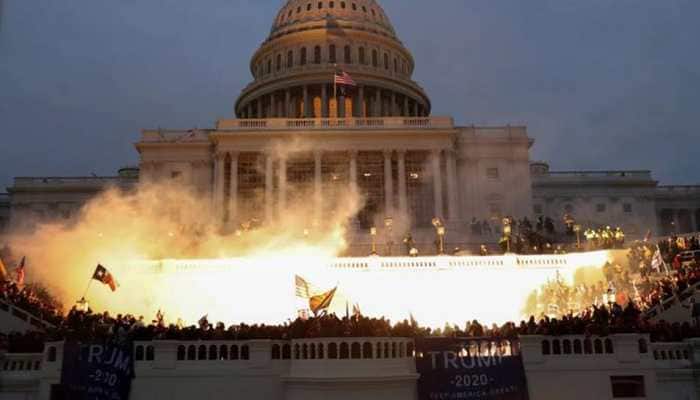