The options selected by the Speaker will be included on a ballot paper and lawmakers will be asked to vote "aye" or "noe" to each of them. They will be able to vote for as many of the proposals as they wish. 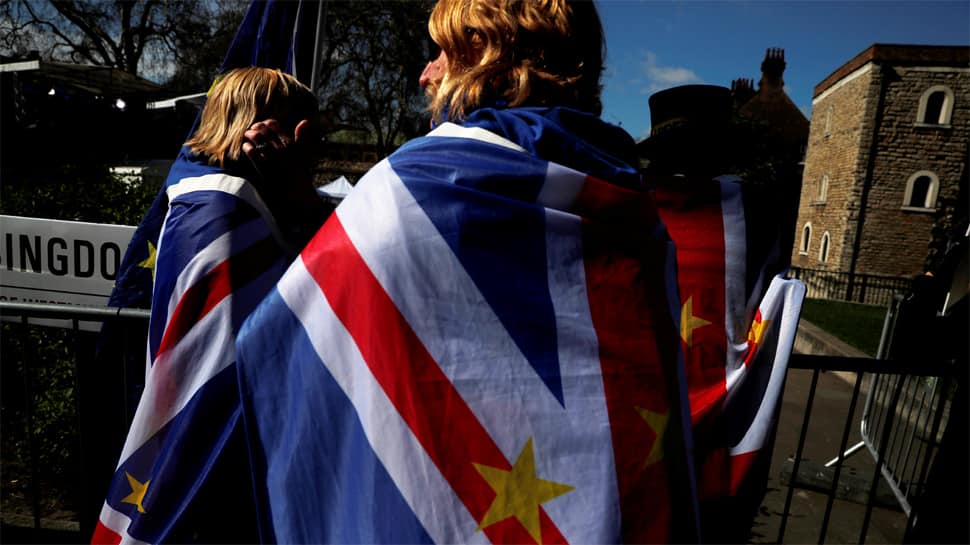 LONDON: British lawmakers will wrest control of the Brexit process from the government on Wednesday in order to try to find a majority for an alternative way forward that could break the parliamentary deadlock. They will hold so-called indicative votes on a variety of possible Brexit outcomes.

Below is how the process will work:

WHAT OPTIONS COULD BE VOTED ON AND HOW WILL THEY BE CHOSEN?

The debate is due to start by 1500 GMT. House of Commons Speaker John Bercow will select which of the proposals will be put to a vote. He will choose from a range of options put forward by lawmakers which include the following:

1) An international trade agreement which enables Britain to participate in a post-Brexit customs union with the EU
2) A Brexit deal which must include, as a minimum, a commitment to negotiate a permanent and comprehensive UK-wide customs Union with the EU.
3) Revoking Article 50 if parliament does not consent to leaving without a deal
4) Confirmatory public vote to approve Brexit deal before it is ratified by parliament
5) Remain a member of the European Economic Area (EEA) and reapply to join the European Free Trade Association (EFTA).
6) Common Market 2.0, an enhanced Norway-style deal which would include membership of the EU`s single market as well as a customs arrangement with the EU.
7) Opposition Labour Party plan for a close economic relationship with the EU including a comprehensive customs union and close alignment with the Single Market
8) Malthouse Compromise Plan A - Closely modelled on May`s deal but replacing the Irish backstop with an arrangement based around a zero-tariff free trade agreement which relies on technical solutions to move checks on goods away from the border
9) Leaving without a deal
10) Require UK government to secure the consent of the Scottish Parliament and Welsh Assembly before Brexit can happen

HOW WILL LAWMAKERS VOTE?

The options selected by the Speaker will be included on a ballot paper and lawmakers will be asked to vote "aye" or "noe" to each of them. They will be able to vote for as many of the proposals as they wish.

Conservative lawmaker Oliver Letwin, who led the process to seize control from the government, told parliament on Monday that lawmakers would have to be willing to support more than one option in order to find a majority.

"We will all have to seek compromise. We almost know that if we all vote for our first preference, we will never get to a majority solution," he said. "I do not believe there is a majority in favour of the first preferences of any person in this House."

WHAT TIME WILL THE RESULT BE ANNOUNCED?

Lawmakers are due to take control of parliamentary business at 1400 GMT. The debate is due to end at 1900 GMT and lawmakers will then be given 30 minutes to record their votes.

The Speaker can then announce the results at any time before the close of parliamentary business. It is expected after 2100 GMT.

WILL THIS BE THE END OF IT?

Lawmakers have set out that they plan to take control of parliamentary business again on Monday, April 1 for another debate on Britain`s exit from the European Union.

Earlier, opposition Labour lawmaker Hilary Benn, chair of parliament`s Brexit committee, told BBC Radio this could be used to carry out a similar process again in order to further narrow down the options.

DOES THE GOVERNMENT HAVE TO ACCEPT THE RESULT?

The votes would not be binding on the government.

May said on Monday she could not commit the government to delivering the outcome of any votes held as parliament might vote for something which was unnegotiable with the EU, or which contradicted her party`s 2017 election promises.

Conservative lawmaker Nick Boles told BBC TV on Monday night that if the government refused to reflect the wishes of parliament, lawmakers would bring forward legislation seeking to force it to do so.

HAVE INDICATIVE VOTES HAPPENED BEFORE?

Yes. In 2003, lawmakers were given seven different options for proposed reform of parliament`s unelected upper chamber, the House of Lords, but no options garnered a majority.