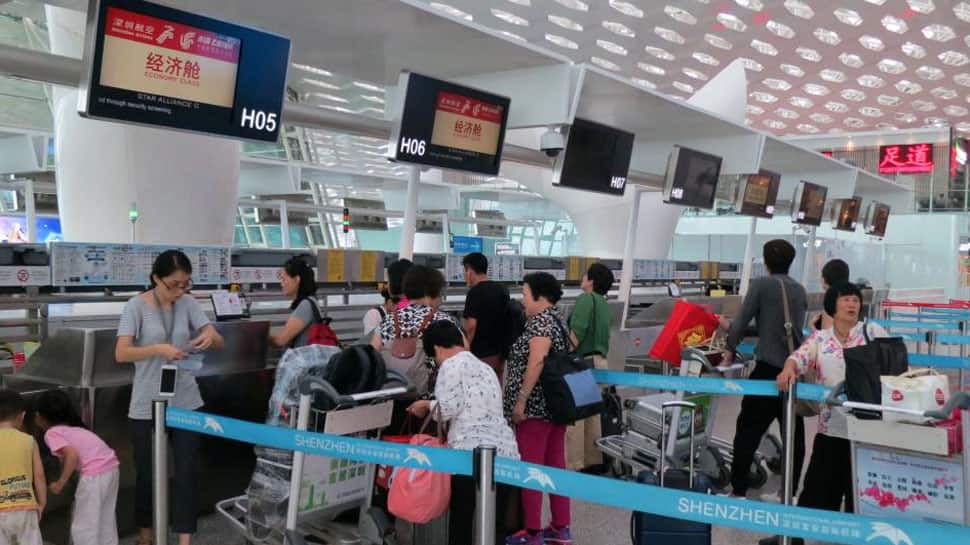 SHANGHAI: A Canadian woman whose father is a dissident jailed in China was briefly detained and "bullied" by security agents while transiting through Beijing`s main airport on Wednesday, the Toronto-based Globe and Mail newspaper said.

Ties between the two countries have been strained since the December arrest in Vancouver of a senior Chinese executive on a US arrest warrant, which was followed by China`s detention of two Canadians, on suspicion of endangering state security.

In the most recent incident, the woman, Ti-Anna Wang, was pulled off a plane by six police officers, separated from her husband and detained with her daughter for almost two hours while connecting in Beijing en route to Toronto from Seoul, the paper said.

"It was a shocking, terrifying and senseless ordeal with no purpose but to bully, punish and intimidate me and my family," Wang was quoted as saying in an email to Irwin Cotler, head of the Montreal-based Raoul Wallenberg Centre for Human Rights.

China has expressed outrage over Canada`s arrest of Meng Wanzhou, chief financial officer of Huawei Technologies Co Ltd, alleged by US authorities to have deceived international banks into clearing transactions with Iran.

In what many analysts and diplomats believe to be retribution, China has since detained two Canadians and, on Monday, sentenced a third to death for drug smuggling after an unusual and swift retrial.
China`s foreign ministry has denied there is a link. The Globe and Mail said Wang was denied use of her phone and computer, and not allowed to contact the Canadian embassy. Chinese officials told her she was not allowed to return to Canada and put her on a flight back to South Korea, it added.

Wang`s father, Wang Bingzhang, is a pro-democracy activist abducted in Vietnam in 2002 by Chinese agents before being imprisoned for life in China on charges of espionage and terrorism, the rights group Human Rights in China has said. The Globe and Mail said Ti-Anna Wang was barred from entering China last week when she arrived at Hangzhou airport, despite having obtained a visa in August to visit her ailing jailed father.

North Korea yet to take concrete steps to dismantle nukes: US