China is rapidly building robust lethal force to impose its will in the region: US official 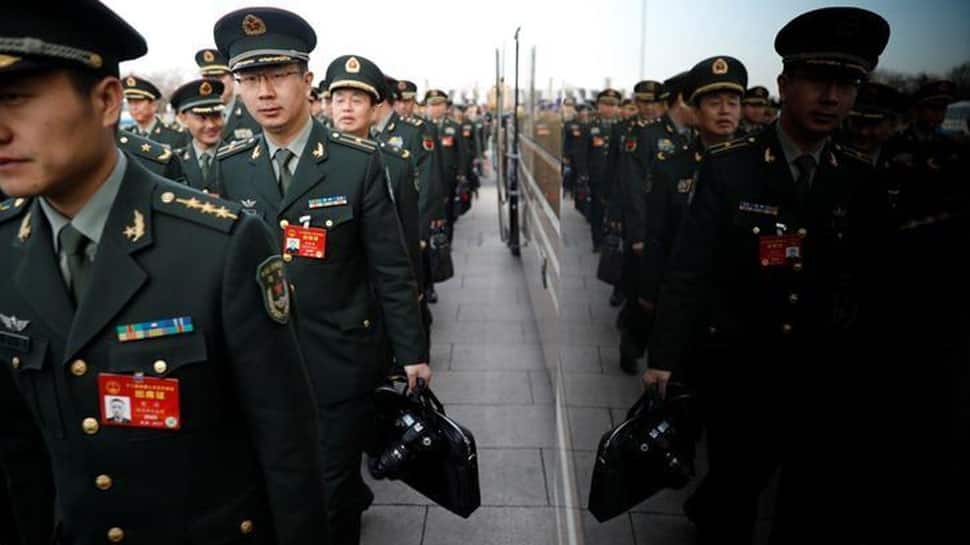 Washington: China is rapidly building a robust lethal force with advanced capabilities in the air, at sea, in space and in cyberspace that will enable it to impose its will in the region and beyond, a top US intelligence official said on Tuesday. "The strategic objectives of the Chinese Communist Party include securing China's status as a great power," Dan Taylor, Senior Defense Intelligence Analyst, told reporters at a Pentagon news conference here on the occasion of release of a Congressional-mandated report "China: Military power modernizing a force to fight and win" by the Department of Defense.

He said that Chinese leaders characterised their long-term military modernisation programme as essential to achieving the "great power status". "Indeed, China is rapidly building a robust lethal force with capabilities spanning the ground, air, maritime, space and information domains, designed to enable Beijing to impose its will in the region and beyond," Taylor said.

During the past decade, from counter-piracy operations in the Gulf of Aden, to an expanded military presence in the East and South China Seas, China has demonstrated a willingness to use the People's Liberation Army (PLA) as an instrument of national power in the execution of what they call their "historic mission in the new century," Taylor said.

Improvements in the PLA equipment and capabilities that have focused on generating combat power across the PLA services present Beijing with additional response options as China faces increasingly global security concerns. "Expected future advances in areas such as nuclear deterrence, power projection, cyberspace, space and electromagnetic spectrum operations will continue to be critical components of the PLA's developing capabilities," he said.

China also continues to develop capabilities for what they term "non-war missions," such as humanitarian assistance, disaster relief, counter-piracy, peacekeeping, things of that nature, Taylor said, adding that in the coming years, the PLA is likely to become even more technologically advanced and proficient with equipment comparable to that of other modern militaries.

The report said that China is developing new medium- and long-range stealth bombers capable of striking regional and global targets, adding that such planes will likely reach initial operational capability by about 2025. The PLA will acquire advanced fighter aircraft, modern naval vessels, missile systems, and space and cyberspace assets as it reorganises and trains to address the threats of 21st century further from China's shores, Taylor said.

"As we look at China, we see a country whose leaders described it as 'moving closer to centre stage in the world', while they strive to achieve what they call 'the great rejuvenation of the Chinese nation'," he said. This ambition permeates China's national security strategy and guides the development of the PLA, which actually is not a national institution, but rather the military arm of the Chinese Communist Party, he added.

Taylor said the Chinese Community Party leaders have identified the initial decades of the 21st century as a period of strategic opportunity in the international environment that would allow China to focus on building what they call "comprehensive national power." A key component of this, of course, is military power, he asserted.