While China is making gains in weapons development, the US is trying to limit Beijing's military build-up in the South China Sea. 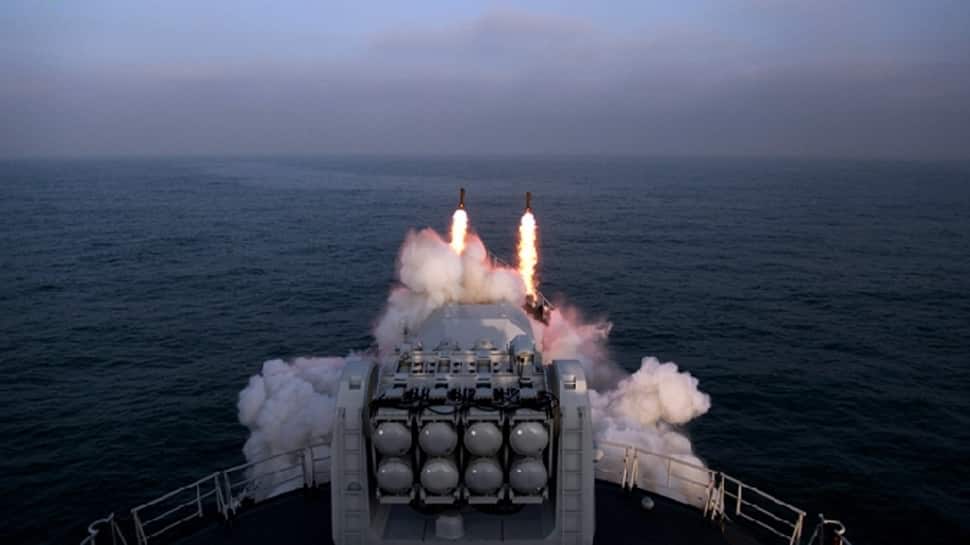 Since its first nuclear test in 1964, China has followed the 'no first use' nuclear weapons policy. However, with maritime arms race with the United States escalating, China may be forced to reconsider its long-standing stance, a report in South China Morning Post said.

While China is making gains in weapons development, the US is trying to limit Beijing's military build-up in the South China Sea. China had proved its might with the successful test of new submarine-launched ballistic missile JL-3 late last year giving jitters to the United States. The test gave a sneak peek that China is moving ahead with SSBNs - a new class of strategic submarines that could be equipped with nuclear-armed JL-3s. These vessels are likely to be more difficult to detect than conventional land-based nuclear weapons.

After US President Donald Trump had in October last year said that he would withdraw from a decades-old atomic accord with Russia as it needs to respond to China's nuclear build-up, the latter recently cautioned the US against such a move. The agreement officially expires in early 2021 but can be extended by another five years if both Washington and Moscow agree.

Washington claims that Russia's new Novator 9M729 cruise missile violates the agreement, which bans ground-launched ballistic and cruise missiles with ranges of between 500 and 5,500 km (310 to 3,420 miles). However, Russian officials have accused the United States of inventing a pretext to end the treaty, allowing them to develop new weapons.

"China is opposed to US withdrawal action and urges the United States and Russia to handle their differences properly through constructive dialogue," China had said last week warning that unilateral withdrawal could trigger 'negative consequences'.

Both China and the United States are capable of delivering nuclear weapons through three systems: land-launched nuclear missiles, nuclear missile-armed submarines and strategic aircraft with nuclear bombs and missiles.

The PLA Navy as of now has four Type 094 nuclear-powered ballistic missile submarines, each outfitted with 16 JL-2 missiles for routine underwater patrols. These are equivalent to the missile component owned by the US.

The US Navy, on the other hand, has 18 Ohio-class nuclear-powered submarines, with 14 capable of carrying up to 24 powerful Trident I missiles. They are also developing its next-generation Columbia-class submarines, which will carry 16 of its most advanced Trident II missiles.

In view of its goal of having a maritime force capable of operating across open oceans and to defend its overseas interests, China plans to build at least four carrier battle groups by 2035. It has already launched two aircraft carriers and started construction on its new-generation aircraft carrier - Type 002.

However, as China moves ahead to develop precise land-based launchers, solid-fuelled ICBMs and hypersonic gliders, the arms race between Beijing, US and other countries in the region is bound to escalate.