"China is firmly supporting the denuclearisation of the area in the name of stability and peace", Foreign Minister Wang Yi told reporters. 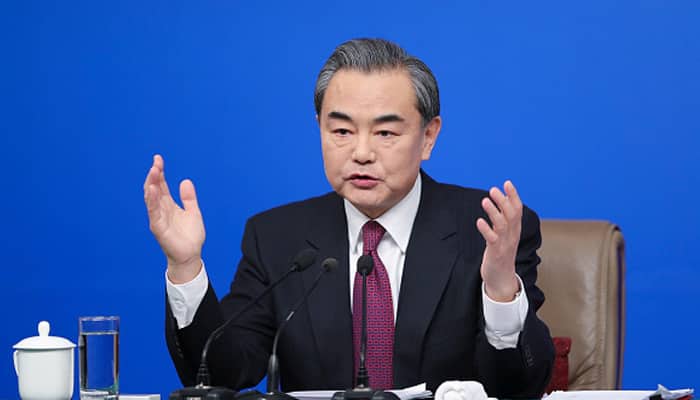 "China is firmly supporting the denuclearisation of the area in the name of stability and peace", Wang Yi told reporters in Athens after meeting Greek counterpart Nikos Kotzias.

"China may not have the key to this solution ... But we are happy that more sides are accepting our point of view", he added.

US President Donald Trump has urged China to take stronger steps to press the North to curb its nuclear and missile programmes.

During a regional tour last week, Vice-President Mike Pence warned that "all options are on the table" to curb the North's nuclear ambitions, as fears grow it may be planning another atomic test.

Pyongyang has ramped up its rhetoric in recent weeks, threatening to hit back against any provocation.

It has also renewed threats against regional US allies, including Japan and South Korea, which both host large American military contingents.

Even Australia has received a warning from Pyongyang.

"If Australia persists in following the US's moves to isolate and stifle North Korea... This will be a suicidal act," a North Korean foreign ministry spokesman said after Australian Foreign Minister Julie Bishop called the nation a "serious threat".

Today, South Korea's Yonhap news agency reported that a US citizen had been arrested as he tried to fly out of North Korea, becoming the third American to be detained there.

"It is important for them to hold a US citizen hostage at this point to prevent Washington from carrying out a decapitation of Kim Jong-Un," Ahn Chan-il, a former defector, told AFP, referring to the North's fears that the US plans a secret military strike to topple its leader.

"It's also a resolve to point a double-action revolver against the US and China because he is a US citizen who worked in China."