An Existential Threat to Humanity and the Rules-based World Order’ said that since Xi Jinping took charge as Chinese president in 2012, things have become worst in China. Teng added that Xi attacked and killed the dissidents and at least three hundred lawyers were detained and executed in China since 2012. 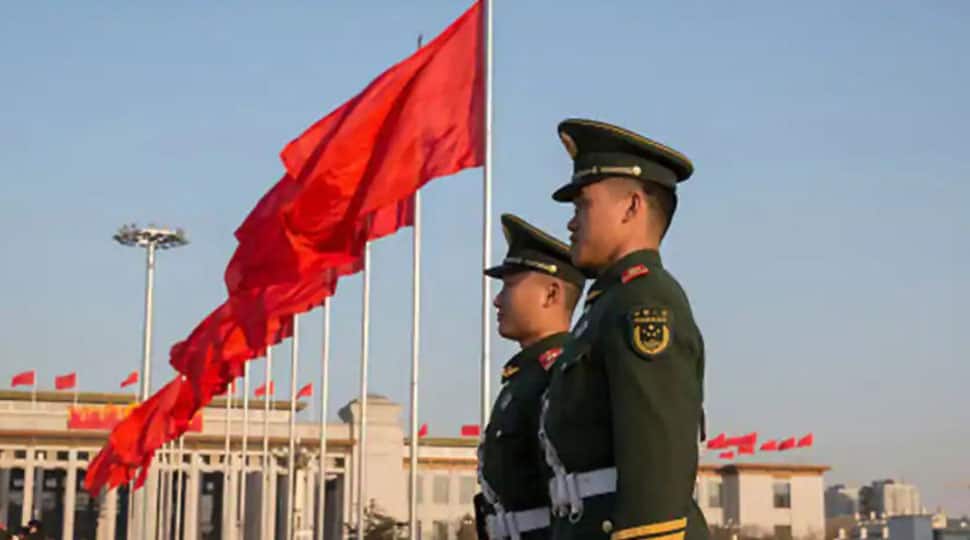 Teng Biao, a Grove Human Rights Scholar from Hunter College during a webinar titled ‘Chinese Communist Party: An Existential Threat to Humanity and the Rules-based World Order’ said that since Xi Jinping took charge as Chinese president in 2012, things have become worst in China. Teng added that Xi attacked and killed the dissidents and at least three hundred lawyers were detained and executed in China since 2012.

“I was kidnapped, disappeared, and tortured in China. Xi Jinping's government tightened its control on the internet, universities, and civil society in a comprehensive crackdown. In Xinjiang, it detained at least one to two million Uighur Muslims and other Turkic Muslims to lead to the worst humanitarian disaster in the 21st century. ” said Teng Biao

Teng Biao began by highlighting the historic roots of persecution of dissidents by the Chinese Communist Party (CCP). He said, “the CCP established a totalitarian regime in 1949 and started killing the Kuomintang people and slaughtering the landowners, and proved to be a humanitarian disaster from the very beginning. Tens of millions of Chinese people died because of the PLA and the great famine. In 1989, they massacred thousands of protestors at Tiananmen Square. In 1999, Millions of Falun Gong practitioners in prisons and thousands were tortured to death.

He also narrated the story of a Chinese dissident poet who was being threatened by the CCP for publishing dissident works. He later got a Swedish passport in 1990. However, in 2015, he was kidnapped in Thailand and tortured. He was later released after a long disappearance. He was then taken away in front of some European MPs and then again disappeared.

As reported by Zee News earlier ,on the propaganda network built by China, Teng Biao said that China has built up a strong propaganda network across the world. The Chinese media in the Western countries are actually the spies and propagandists working for the CCP. There are also several apps propped up by China to help in espionage. TikTok, WeChat, etc. are a couple of other apps that are breaching privacy and helping to magnify the Chinese propaganda. Besides, Confucius Institutes have also become a major threat to academic freedom. In total, there are more than 1000 such Institutes, blocking sensitive topics from being discussed and inviting dissident people critical of the CCP.

Abhijit Iyer Mitra , a senior fellow at Institute of Peace and Conflict Studies, began by highlighting China’s breach of the Missile Technology Control Regime (MTCR) and the Nuclear Non-Proliferation Treaty. He said that China was one of the biggest proliferators of cruise and ballistic missiles and was indulged in an uncontrolled deal with state and non-state actors. There is no end-use monitoring, which was observed when an Israeli ship, INS Hanit, was hit by Hezbollah and it was observed that it was an anti-Ship missile produced by China. But there was no monitoring of China selling missiles to non-state actors.

“These are three kinds of countries that are going to be victims of Chinese bad loans in the world: The first category is of smarter countries who would disengage like Zambia/Tanzania. The second kind of country like Venezuela would become bankrupt and burn. Pakistan is going to become the next Venezuela. What India could not do to Pakistan, China is going to do it.” Said Abhijit Iyer Mitra.

Talking about the CPEC, Namrata Hasija, a senior fellow at centre for china analysis and studies said, “even the CPEC is going to be a tool to facilitate Chinese interests, and not Pakistan’s. All the contracts and employment are being given to Chinese people including engineers, construction workers, and security personnel. The actual number of jobs that have been created for Pakistanis under CPEC is only 4,000. Last year, only 9 vacancies were advertised for Pakistani people under the project.”

“China is giving nothing for free but under huge interest rates - as high as 7%! Head of Bank of Pakistan made a statement in 2016 in which he said that Pakistan will not be able to repay the loans and he was removed as a consequence. China has given an interest-free loan to Pakistan only on Gwadar, only due to its strategic interests.” said Hasija.

The webinar was organized by Usanas Foundation and Abhinav Pandya moderated the event.

US President Donald Trump's sister says, in secret recordings, he has 'no principles' and is cruel