An editorial in a Chinese government-run newspaper demonstrated both the frustration and possibly even one of the sources of the trust deficit. 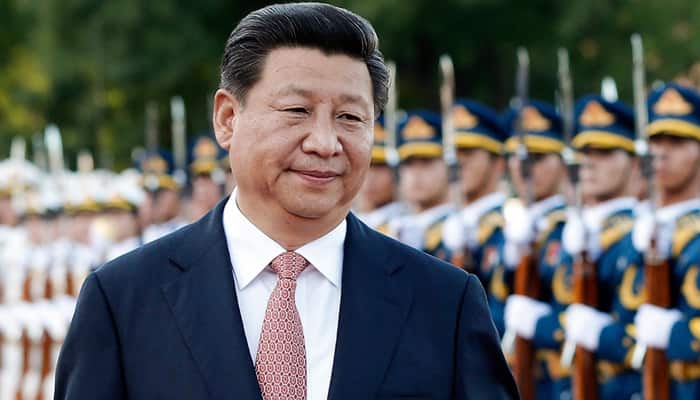 A newspaper run by the Chinese government on Friday ran an editorial that lashed out at Australia, in response to a foreign policy that characterised China as a threat. The whole episode has underlined one of the biggest foreign policy challenges for Beijing - a deficit of trust and soft power.

The editorial offered insight into China's frustration with its failure to earn the trust of countries. It demonstrated both the frustration and possibly even one of the sources of the trust deficit.

Instead of assuaging fears or countering the points expressed in Australia's Foreign Policy White Paper, the Chinese government-run Global Times resorted to derision and name calling. The newspaper's editorials are considered to mirror the thinking of the Communist Party of China.

"Australia is difficult to be reasoned with or be comforted. Fortunately, the country is not that important and China can move its ties with Australia to a back seat and disregard its sensitivities," it said.

The editorial then paradoxically dwelt on China's soft power failures.

"For Beijing, the anxiety of the Australians shows how difficult it is for China's soft power to ascend. The rise of any major power will cause discomfort among other countries. This is not China's problem, but a reality China needs to face," said the editorial, clearly missing the point of soft power.

"China must handle its relations with Asian neighbors well. It should be capable of managing and resolving neighborhood disputes. The benefit that China's development can bring to its neighboring countries should outweigh their concerns toward China's rise," the editorial concluded.

Soft power refers to the influence a country has over another, thanks to the spread of its institutions, high levels of familiarity with its culture or cuisine and overall trust. Think how a McDonald's gets you thinking you know a thing or two about what Americans eat; the1960s popularity of The Beatles in Russia; or when you hear about Rajinikant's popularity in Japan and 'Dangal' being a big hit in China to the extent that even Grandpa Xi acknowledged it. Soft power is one arena where China accepts India is far ahead.

Soft power essentially means there is familiarity and trust to a particular culture and its characteristics. This very often creates welcoming environments for economic or cultural initiatives, since the incoming culture may not need to be freshly introduced. It is effectively a liking that has developed organically.

This is contrasted to hard power, which involves the use of force, military or otherwise, to persuade countries to follow your instructions.

Beijing woke up to the need to develop trust and soft power with other countries only in 2007, and has had largely negative results at the game. It has time and again seen its infrastructure projects and investments in Africa and other Asian countries leaving locals bitter, disappointed or angry.

The importance of soft power is perhaps underlined by the response to China's Belt and Road Initiative, referred to as BRI or OBOR. India flatly refused to join it, even as a number of countries attended the BRI conference with a degree of caution. All the while, global experts advised caution on the seemingly debt-trap model China is proposing to finance the project.

Sri Lanka is facing a debt crisis over the Chinese-built Hambantota Port, with some reports suggesting over 80 percent of all government revenue goes towards paying back the Chinese. And, Pakistan is already struggling financially with the repayment of Chinese loans. In both these cases, China has bargained for land, more construction projects or control of infrastructure like dams.

Even Pakistan, China's 'all weather' thought China's demands were too high and pulled a critical dam project out of the China-Pakistan Economic Corridor (CPEC) basket.

It is anybody's guess how long it will take for China to make the political transition.