China now has 20 Type 052Ds either in active service or being fitted out for service soon. 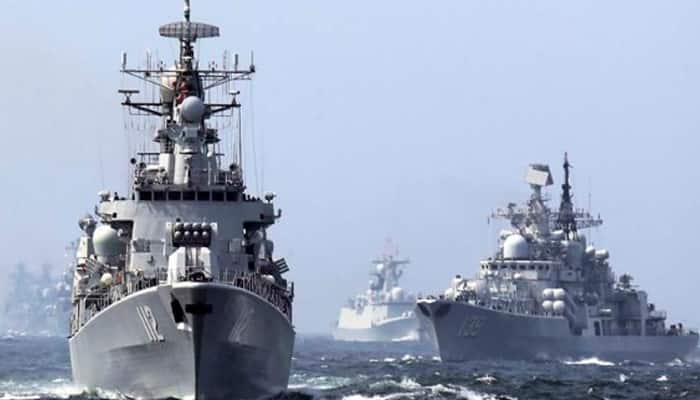 China now has 20 Type 052Ds either in active service or being fitted out for service soon, the report said. Destroyers are fast, highly manoeuvrable long distance warships which are also used to accompany the aircraft carriers. The People's Liberation Army Navy (PLAN) last month celebrated its 70th anniversary in which Indian naval ships, including the indigenously developed missile destroyer, INS Kolkata along with tanker INS Shakti took part in the fleet review held at Qingdao.

The PLAN is currently regarded as the world's fastest growing navy with new vessels being added to the fleet on a monthly basis. While it has one aircraft carrier, the Liaoning which was commissioned in 2012, its second indigenously built aircraft carrier is currently undergoing trials and a third one is being built at a feverish pace. China plans to acquire about five to six aircraft carriers in the coming years, according to reports in the official media.

As part of the new military doctrine advocated by President Xi Jinping, the 2.3 million-strong Chinese military, the largest in the world, has cut down the size of its army by three lakhs in the last few years and expanded its navy and air force manifold to enhance its global influence. The Chinese navy for the first time in its history has logistic bases in Djibouti in the Indian Ocean and is developing Pakistan's Gwadar port in the Arabian Sea. China also has acquired Sri Lanka's Hambantota port in a debt swap for 99 years.

Wei Dongxu, a Beijing-based military analyst, told the Global Times that China might have more than 30 destroyers in the future. "The platform (of the Type 052D) is pretty reliable and it uses very mature technologies. These make it suitable for mass production," Wei said, noting that the destroyers will play crucial roles in China's fleet air defence system.

The domestically developed Type 052D destroyer saw significant upgrades on its predecessor, the Type 052C. It is equipped with weapons and equipment, including advanced active electronically scanned array radar systems and 64 vertical launch missile cells, the report said. The ship is capable of undertaking missions, including escort and air defence, the Chinese analysts said.

The vessels launched back then were two Type 055s, China's more advanced destroyer featuring a displacement of more than 10,000 tons and 112 vertical launch missile cells. The Type 055 destroyer can provide stronger air defence umbrellas to, for example, an aircraft carrier combat group, but it is not necessary to dispatch a ship with its calibre for every single mission, because for many the smaller and less expensive Type 052D would suffice, Wei said. The US Navy currently operates more than 60 Arleigh Burke-class destroyers and more than 20 Ticonderoga-class cruisers.