US President Donald has held China responsible for hiding the facts related to the coronavirus COVID-19 pandemic from the world. 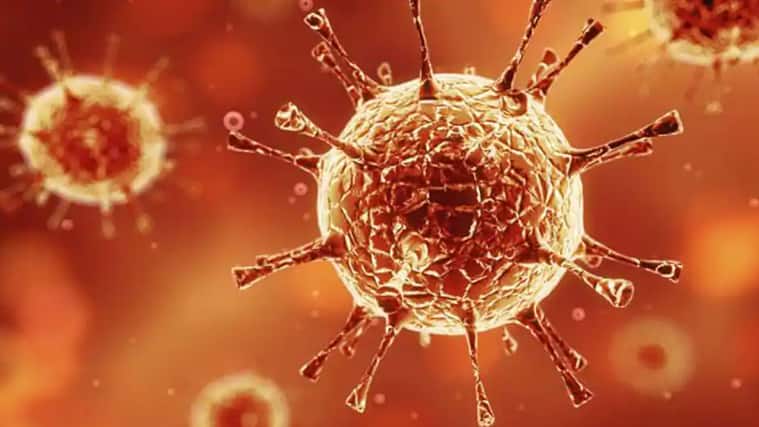 New Delhi: With coronavirus infecting over 10 million people across the world, claiming more than 5,00,000 lives, a clamour against China for allegedly being responsible for spreading this deadly virus has repeatedly been heard from different parts of the globe.

The United States has been very vocal against China. US President Donald has held China responsible for hiding the facts related to the coronavirus COVID-19 pandemic from the world. The way countries have been vocal against China can be understood through their statements on different dates:

March 24: US Secretary of State Mike Pompeo sharpened his criticism of China’s handling of a coronavirus pandemic, saying its ruling Communist Party was still denying the world information needed to prevent further cases.

May 29: US President Donald Trump terminates relationship with the World Health Organization (WHO) as he blamed it and China for the deaths and destruction caused by the COVID-19 pandemic across the globe.

President Trump on May 29 also issued a proclamation to block certain graduate level and above Chinese nationals to enter the United States who are allegedly associated with China’s military.

He also announced the tightening of regulations against Chinese investments in America, besides announcing that it will end the special treatment of Hong Kong in response to Chinese imposition of new controls.

May 2020: The United States has issued a new rule tightening visa guidelines for Chinese journalists. The regulation will limit visas for Chinese reporters to 90 days, with the option for extension.

June 3: The Trump administration moved to block Chinese airlines from flying to the US in an escalation of trade and travel tensions between the two countries.

June 4: The US is expected to designate at least four additional state-run Chinese media outlets as foreign embassies, increasing restrictions on their operations on American soil.

The Transportation Department said it would suspend passenger flights of four Chinese airlines to and from the US starting June 16.

April 2020: Australia called for an independent investigation into the global response to the coronavirus pandemic, including the World Health Organization's handling of the crisis.

April 2020: The British ministries in charge of foreign policy and health care have voiced support for Taiwan's meaningful participation in international organizations, including the World Health Assembly (WHA).

The UK sought to challenge control, and the alleged relocation of technology by a Chinese company of Imagination Technologies (Imagination), a UK supplier of security technology and high-end semiconductors. The UK also started consulting on potential further legislative intervention measures, in addition to a planned expansion of the UK's foreign investment review regime.

May 2020: The US and UK raised the issue of China's controversial security law for Hong Kong during an emergency discussion in the Security Council, angering Beijing.

June 4, 2020: British Prime Minister Boris Johnson wrote in an opinion piece that he would offer millions of Hong Kongers visas and a possible route to UK citizenship if China enacted its planned national security law.

Boris Johnson is now seeking to limit Huawei’s role. The government held talks with Japanese technology company NEC Corp. as part of efforts to diversify the range of equipment providers for the UK’s 5G networks.

March 25: The European Union Commission released guidelines to coordinate an approach among member states for FDI screening with the aim of protecting important EU assets.

April 8: The German government set in motion, a legislative process to amend the German Foreign Trade and Payment Act that would allow the government to ‘intervene and open’ a review process even if there’s a ‘probable impairment’ to national security.

April 8: Italian government widened the scope of the ‘Golden Powers Law’, that is in place to curb foreign investment in sensitive sectors, to incorporate many other sectors, including transport and financial sector.

Japan shifts manufacturing out of China

April 2020: Japan expressed its desire to fund its companies to shift manufacturing operations out of China.

Japan allocated an economic stimulus package of $2.2 billion to help its manufacturing firms shift production out of China.

May 13: Canadian Prime Minister Justin Trudeau said there are "many questions" that need to be asked "around the origins and behavior" in the early days of the COVID-19 pandemic, "particularly questions for China."

May 6: The European Union is backing calls for a timely review of the international response to the coronavirus pandemic, including the World Health Organization’s performance, according to the draft of a resolution for ministers to debate at the WHO.

May 4: China has questions to answer over the coronavirus outbreak, said UK defence minister Ben Wallace. Asked if China needed to explain how quickly it made the world aware of the extent of the virus, the defense minister said, “I think it does.” “But I think the time for the post-mortem on this is after we’ve all got it under control and have come through it and our economies are back to normal,” Ben Wallace told LBC Radio.

Macron told the Financial Times it was "naive" to suggest China had dealt better with the crisis, adding things "happened that we don't know about". More people have died in the US and several European countries than in China where the virus emerged.

April 19: Australia demands coronavirus inquiry, adding to pressure on China. The issues around the coronavirus are issues for independent review, and I think that it is important that we do that,” Australia’s foreign minister, Marise Payne, told ABC television.

April 18: US President Donald Trump warned China that it should face consequences if it was "knowingly responsible" for the coronavirus pandemic, as he ratcheted up criticism of Beijing over its handling of the outbreak. "It could have been stopped in China before it started and it wasn't, and the whole world is suffering because of it," Trump told a daily White House briefing.

April 16: Britain and the United States have also declined to hail China's apparent success in containing the outbreak. UK Foreign Secretary Dominic Raab said there would be 'hard questions about how it came about and how it couldn't have been stopped earlier'.

April 12: A senior Spanish member of the European Parliament and Vice-Chairman of the Conservatives Group, Herman Tertsch has lashed out at China for lying and misinforming the world about the coronavirus outbreak, which has killed over a hundred thousand people worldwide, devastated the global economy and still continues to perish people across the continents.