The girl was found dead under mysterious circumstances inside her hostel room at Bibi Asifa Dental College in Larkana. 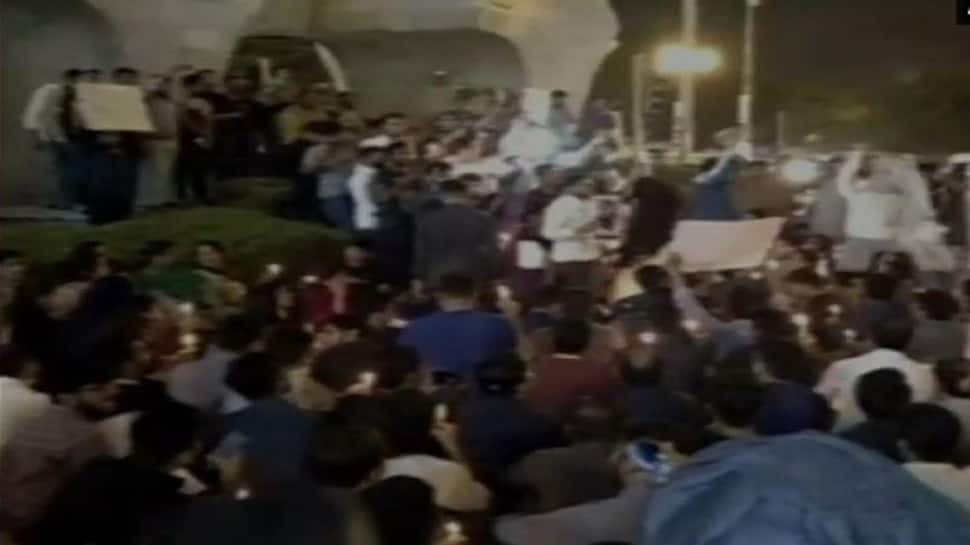 The death of Hindu girl Namrita Chandani, a medical student in Larkana area of Pakistan, has triggered widespread protests in the neighbouring country. According to news agency ANI, several people participated in a protest staged on the streets of Karachi on Tuesday over the incident.

The girl was found dead under mysterious circumstances inside her hostel room at Bibi Asifa Dental College in Larkana. While it is suspected that she committed suicide, the police are probing all other possible angles.

Pakistan: People staged protest on the streets of Karachi against the alleged murder of a Sindhi Hindu girl, Namrita Chandani yesterday. Namrita was found with a rope tied to her neck in Larkana, Sindh. pic.twitter.com/HuOi6E6Dcj

She was found lying on a charpoy with rope tied around her neck while her room was locked from inside.

The incident was reported to the police after other hostel inmates found her room locked. They knocked continuously and even shouted her name but Namrita did not respond.

The incident occurred just a day after violence against minority community members was reported from Ghotki, the region where the deceased hailed from.

Following an allegation of blasphemy against a school principal, who is a Hindu, in the area, temples, shops and homes of minority community members were ransacked by rioters. The police registered case against 50 rioters in connection with the violence.

The Human Rights Commission of Pakistan took cognisance of the matter, raising concerns over the “outbreak of mob violence”.