Death sentence to Pervez Musharraf: Timeline of the treason case

The former military leader was booked in December 2013 for the case and was indicted in March 2014. The detailed verdict in the case will be released in the next two days. Several litigations at appellate forums led to delays in the trial of the case which allowed him to leave the country. 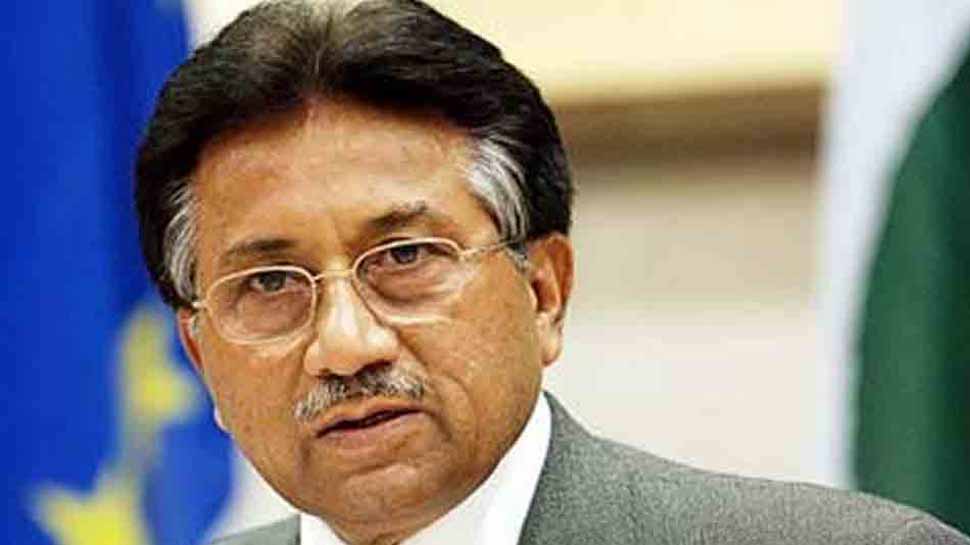 Pakistan's former president Pervez Musharraf was sentenced to death by a three-member bench of the Peshawar High Court in a case of high treason on Tuesday, reported a Pakistani media, the Dawn. The case was registered against him for clamping a state of emergency on November 3, 2007, which was eventually lifted on December 15, 2007.

The former military leader was booked in December 2013 for the case and was indicted in March 2014. The detailed verdict in the case will be released in the next two days. Several litigations at appellate forums led to delays in the trial of the case which allowed him to leave the country.

Here is a brief timeline of what transpired:

November 3, 2007: President Musharraf issues a state of emergency and suspends the Constitution citing that the members of the judiciary were working at "cross purposes with the executive and legislature in the fight against terrorism". His decision rendered more than 60 judges of the superior judiciary as dysfunctional.

November 28, 2007: Musharraf retires from the military handing over the Army charge to Gen Ashfaq Parvez Kayani. On November 29, Musharraf takes oath as a civilian president.

December 15, 2007: The emergency is lifted and the Provisional Constitutional Order (PCO) is revoked and seeks constitutional amendments to validate the actions taken during the 42-day-long emergency period.

July 2009: The SC calls the former military ruler to defend his actions taken on November 3, 2007. The top court rules that Musharraf's decision to impose an emergency as well as his PCO as illegal and unconstitutional.

August 6, 2009: Musharraf defies the court, refuses to answer the charges against him and leaves for the United Kingdom.

March 2013: Musharraf returns to contest general elections. A senior counsel refers to SC's ruling on Musharraf's actions during the imposition of emergency arguing that in overthrowing the constitution, Musharraf had committed the offence of high treason.

April 2013: SC agrees to hear a petition seeking to prosecute Musharraf under sections 2 and 3 of the High Treason (Punishment) Act 1973. On April 8, the top court issues summons to the former military ruler while also instructing the interior ministry to add Musharraf's name to the Exit Control List (ECL). Musharraf flees from the premises of the Islamabad High Court (IHC) after the cancellation of his bail application. Peshawar High Court bars Musharraf from contesting in National Assembly or Senate elections.

June 2013: The government hurriedly files a petition to try Musharraf for treason under Article 6 of the constitution. It further sets up a special investigation team to probe the charges against the former president.

December 2013: Musharraf is booked in the high treason case.

March 2016: Musharraf is allowed to travel abroad for medical treatment, he never returned to his home country since.

May 2016: The court declares Musharraf a proclaimed offender and orders for his properties to be confiscated.

February 2016: The Supreme Court rules that Musharraf alone will be tried in the treason case, and not the others named, as the special court does not have the jurisdiction.

May 2017: Musharraf sends an application to the court agreeing to face the high treason charges against him but only under the military’s protection, and under the assurance that he would be given a safe passage to return to Dubai.

February 2018: The special court begins to hear the case against Musharraf.

November 2019: Special court reserves its verdict. The judgment was to be announced on November 28. Meanwhile, the PTI-led government files an application in the IHC seeking for the verdict to be postponed until a new prosecution team is appointed.

December 2019: In its hearing on December 5 the special court had said it will announce the verdict on December 17 even if arguments of both sides were not completed by then.

On December 17, the three-member special bench sentenced the former military ruler to death.

(With inputs from The Dawn and Geo TV)