"At least 1,445 people from different districts have been rescued successfully and evacuated to safer destinations," a police statement said. 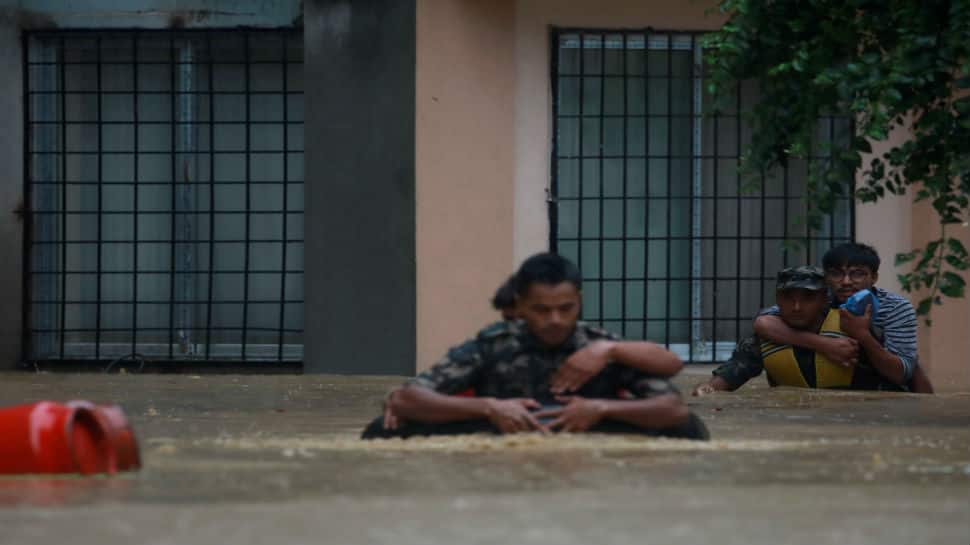 Kathmandu: The death toll from the monsoon floods and landslides in Nepal has increased to 67, while 32 people were reported missing and over 40 others injured, officials said on Monday.

The Nepal Police said in a statement late on Monday that the victims comprised 41 men and 26 women, reports Xinhua news agency.

"At least 1,445 people from different districts have been rescued successfully and evacuated to safer destinations," the statement said.

According to the Home Ministry, around 35,000 people were affected by the disasters particularly in the low-lying areas known as Terai region. More than 20 of Nepal`s 77 districts were worst-hit due to the floods and landslides.

The Nepal Army, Nepal Police and Armed Police Force were deployed in the disaster-hit districts to carry out rescue and relief operations.

The provincial governments announced separate relief packages for the victims, including cash for the families of those who lost their members and free treatment of the injured. The local governments in coordination with different agencies distributed food items, clothes and tarpaulins to the highly affected communities.

The Health Emergency Operation Centre said that different medical teams with doctors were mobilized in the hard-hit districts to ensure health services to the affected people.

"There is a high risk of possible outbreaks of different water-borne diseases like diarrhea, dysentery, dengue, typhoid among others," Ghanashyam Pokharel, health official at Epidemiology and Disease Control Division, told Xinhua.

According to Meteorological Forecasting Division, though water levels in many major rivers is coming down gradually, rainfall will continue in many places across the country and has warned public to stay alert.

Nepal witnesses an active monsoon usually in July and August.

In a first since Balakot strikes, Pakistan opens its airspace on all routes