The list of the number of people missing in the disaster was pared from 279 to 276 on Tuesday, Efe news reported. 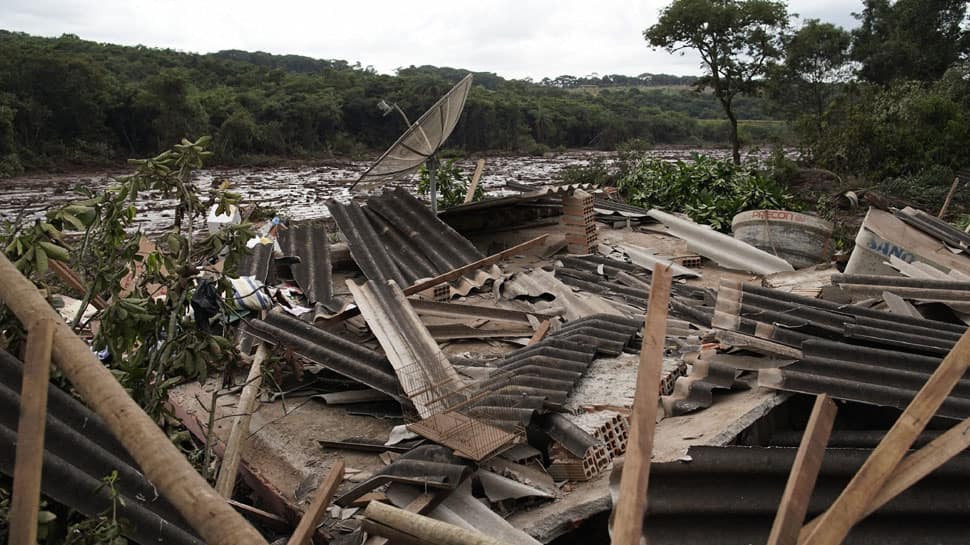 RIO DE JANEIRO: Nineteen more bodies have been found amid the sludge of mine waste, mud and water that buried homes and vehicles in the Brazilian town of Brumadinho when a tailings dam failed last week, raising the death toll from the tragedy to 84, authorities said.

The list of the number of people missing in the disaster was pared from 279 to 276 on Tuesday, Efe news reported.

The spokesman for the Minas Gerais state fire department, Lt. Pedro Aihara, said that three of the bodies were found among the wreckage of a bus submerged by last Friday`s spill.

The mine in Brumadinho is owned by Brazil`s Vale, the world`s largest iron-ore producer.

Two other bodies were found in an area which according to experts was the most likely spot for finding the remains of people who were having lunch in the complex`s cafeteria at the time of the tragedy.

Most of the victims were Vale employees.

Experts managed to identify 41 of the 84 sets of remains found so far.

Firefighters said that since they began searching for victims they have managed to rescue 192 people alive and to locate 391 who initially had been considered missing.

Five people were arrested on charges of altering the safety audit of the tailings dam. Out of them, two were engineers who did not work directly for Vale but rather for a subsidiary of German company TUV SUD, hired by the mining company.

The other three people were employed directly by Vale and were taken into custody in Belo Horizonte, capital of Minas Gerais.

Vale has been hit with two fines: One from the Brazilian Environmental Institute for 250 milllion reais ($67.5 million) and the other from the Minas Gerais state government for 99 million reais ($26.7 million).

The courts also froze 12 billion reais ($3.18 billion) of Vale funds. The federal government also ordered inspections of all mining dams in the country.